Board | TIFF
The Team
Home > Festival > The Team > Board 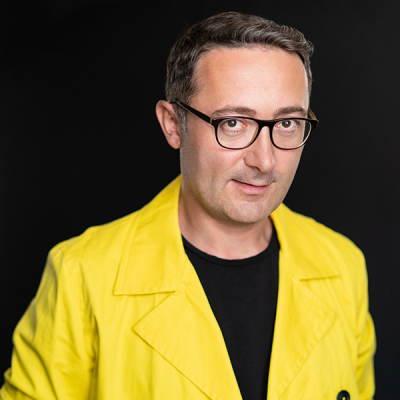 Tudor Giurgiu is a member of the European Film Academy, a 2014 Eisenhower Fellow. He is the founder and President of the Transilvania International Film Festival, as well as the founder of the Full Moon Horror and Fantasy Film Festival, the Libra Film production house, the Transilvania Film distribution outfit, the Cityplex cinemas complex, and the Gopo Awards Gala. Giurgiu studied film directing at the I. L. Caragiale National University for Theatre and Film Arts in Bucharest and worked as a directing assistant for Lucian Pintilie and Radu Mihăileanu. In 1997 he was selected as an artist in residence at the  911 Media Arts Center in Seattle through the Artslink project. He produced and directed commercials and music videos, was the General Director of the Romanian Television. His feature debut, Love Sick, was included in the Panorma section of the Berlinale in 2006 and received numerous international awards. His second feature, Of Snails and Men, enjoyed both local success as the Romanian film with the largest number of entries in 2012 and international recognition: Special Jury Prize in Warsaw, Best Film in the Punto di Encuentro of Valladolid, and Best Film in SEE Film Festival in Los Angeles. His third film, Why Me?, a troubling thriller based o a real corruption based on a real and troubling corruption story, premiered in Berlin in 2015 and received awards in Sofia, Miskolc, and the Tarkovsky IFF. His short Superman, Spiderman or Batman won best short at the European Film Awards, among others. Giurgiu also produced or co-produced films including  Peter Strickland’s Katalin Varga, which received a Silver Bear in Berlin in 2009 and the European Discovery prize at the European Film Awards; Eran Riklis’s 2010 Locarno audience award winner The Human Resources Manager; Fanny Ardant’s Cannes 2009 selection Ashes and Blood; Toronto and San Sebastian 2013 selection Cannibal; Romania’s 2015 Oscar proposal The Japanese Dog; Radu Mihăileanu’s 2016 The History of Love; and Stere Gulea’s 2018 Moromete Family: On the Edge of Time.

He curated various Romanian film programs abroad (the most famous being the 2011 film program at the Jacob Burns Film Center in Pleasantville, NY) and co-organized the complete Lucian Pintilie retrospective at MoMA, in 2012.

He wrote for various publications and he was the editor-in-chief of the English-language AperiTIFF magazine, focused on the recent Romanian cinematic output and produced by the ICR. He co-authored, together with fellow film critic Alex Leo Serban, the book Lars von Trier: The Films, the Women, the Ghosts, and contributed to the collective volume From Comrade Ceaușescu to Mr. Lăzărescu, published in 2011 by Polirom. He translated from English to Romanian three novels by Chuck Palahniuk - Choke, Diary and Snuff.

He was a member of various famed international film festivals: Hong Kong, Karlovy Vary, Berlin, Goteborg, Chicago, San Francisco, Palm Springs and Moscow. In 2013, he supervised the production of the DVD boxset Pintilie Cineast, which contains the complete cinematic works of the Romanian filmmaker and which will be launched during TIFF 2013. 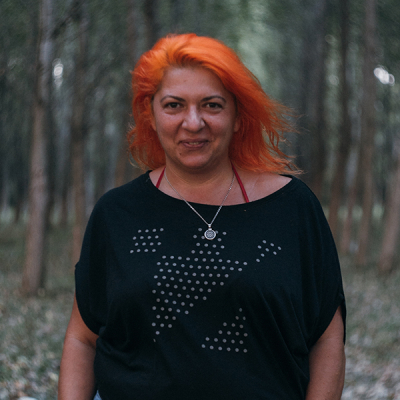 A law and journalism graduate, Oana Giurgiu directed television documentaries before working in film on Cristi Puiu’s 2005 Cannes Un certain regard winner The Death of Mr Lăzărescu and then on Kornél Mundruczó’s 2008 Cannes FIPRESCI winner Delta. She produced three of Tudor Giurgiu’s films: Love Sick, selected for the Berlinale Panorama section; the 2012 Romanian box office hit Of Snails and Men; and Why Me?, another Berlinale Panorama selection from 2015. She also produced Peter Strickland’s Katalin Varga, which received a Silver Bear in 2009 and Cristi Puiu’s Sieranevada, which was presented in the 2016 Official Competition at Cannes. Giurgiu co-produced Hungarian titles Eden (dir. Agnes Kocsis) and Spiral (dir. Cecilia Felmeri) and the Slovak The Disciple (dir. Ivan Ostrochovsky), and produced the greatest Romanian box office hit in recent years, Moromete Family: On the Edge of Time, which received ten Gopo Awards in 2019. After working on several television documentary productions, she made her directorial debut with a feature-length documentary, Aliyah Dada, screened in Astra Sibiu, Jerusalem Jewish IFF, alongside other festivals in Canada, Israel, Spain, Poland, Sweden, and Turkey, and recognized as Best Romanian Documentary at the Gopo Awards. 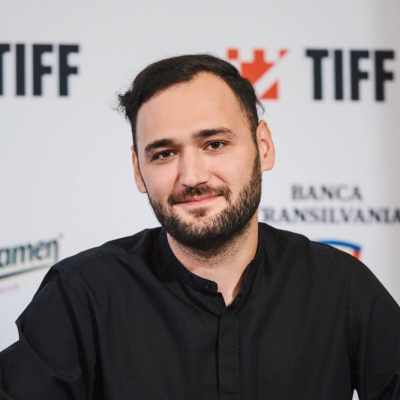 Cristian Hordilă started working in the film industry in 2006 as a volunteer. Since 2010 he has been the Managing Director of the Association for Romanian Film Promotion and the Manager of the Transilvania International Film Festival. In 2013 he was elected to the Board of Directors of European Film Promotion, where he was involved in promoting European cinema internationally through projects like Shooting Stars and Producers on the Move. Hordilă  is the Manager of Casa TIFF, a cultural center dedicated to film eduction. Starting with 2014, he help found festivals in Alba Iulia, Kishinev, Oradea, and Târgu Mureș, and has recently been intensely involved in launching the first regional film fund in Romania in Cluj. He also works in film production: The History of Love by Radu Mihăileanu, Tokyo Vampire Hotel by Sion Sono, and the Romanian box office hit Moromete Family: On the Edge of Time by Stere Gulea are among his projects.