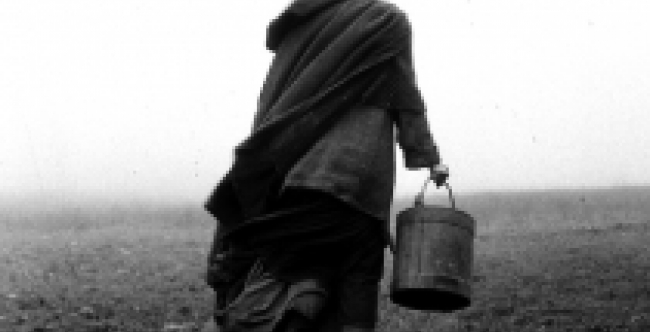 Hungarian Day, scheduled this year on Wednesday, June 8, brings in 2011 to Cluj-Napoca six of the most successful Hungarian films of the previous year, as well as the best-rated Hungarian short films at present.

Programmed at Florin Piersic Cinema, at 5.30 p.m., The Turin Horse (Hungary-France-Germany-Switzerland), Béla Tarr’s much talked about film, awarded the Grand Jury Prize and FIPRESCI Award in the 2011 Official Competition at Berlin Film Festival, is the headliner of this year’s selection. The script is inspired by the true story of 19th century German philosopher Friedrich Nietzsche protecting a horse from abuse. The film details the lives of the horse’s coachman, his daughter and the horse itself. Sound designer Gábor Erdélyi will meet the public after the screening, for a Q&A session.

Cluj and local film production are given special attention during the Hungarian Day: an absolute phenomenon for the Hungarian film community in Transylvania, Antigone, or Let's Make Movies in Transylvania! (d. Jakab-Benke Nándor, Romania-Hungary, 2010), a no-budget independent film that tells the story of a crew of young filmmakers from Cluj, managed by a Hungarian director, who set out to make an adaptation of the classic Greek drama Antigone. The festival public will be able to watch this daring feature in the presence of the entire crew at Arta Cinema, at 2.30 p.m.

Mănăştur Open Air will host, from 10.00 p.m., in the presence of Attila Árpa, the screening of the Hungarian comedy Czukor Show (d. Tamás Dömötör, Hungary-Sweden, 2010). The audience will recognize references to several contemporary TV shows, including the starting point of the film: a man from the countryside takes part in the show at the request of his sister, whom he hasn’t seen for six years. She has decided to bring her family together before the cameras. Emotions overflow and two tragedies unfold at the same time: a love triangle and the broader issue of media exploitation of personal distress.

Event-screening at TIFF: two of the best rated films at the moment, Children of the Green Dragon (d. Bence Miklauzic) and the short film brought to Cluj directly after its world premiere at Cannes Film Festival 2011, Beast (d. Attila Till) are screened together at Arta Cinema, at 12:00. Bence Miklauzic’s feature will no doubtedly hit the taste of the same public who enjoyed Marian Crișan’s debut, Morgen. The story centers on Máté, a lonely, divorced real estate agent who is put in charge of selling a suburban storage building by his boss. The warehouse is rented by the Chinese, who keep their semi-legal goods in there. The stock comprising several thousand boxes is guarded by a Chinese man, Wu, who also lives in the warehouse. During this forced association a strange friendship begins between the two lonely men. Attila Till, the director of Beast, and main actor Szabolcs Thuróczy will be present at the end of the screening to discuss their short film: the story of a not very affluent Hungarian farmer, who lords over his wife, children and his “hired” slave. Cut off from the rest of the world on a distant farm in the Great Plains, he tries to uphold a family ideal he formulated from rigid traditions. The close-knit, albeit extreme, human relations sweep these characters towards tragedy.

Winner of the Grand Jury Prize - Hungarian Film Week 2010, Vespa (d.  Diana Groó) was one of the most popular Hungarian films at festivals around the world during the previous year. A charming and funny road-movie, the film is an incurssion in the world of childhood. Twelve-year-old Lali wins a bar of chocolate at cards that contains a winning coupon for a Vespa motorbike inside the wrapper. However, the motorbike is in Budapest, so he leaves his community in Bereghát not only to find the prize of his dreams, but also his father, whom he has not seen for a long time. Vespa is schedule at 10.00 a.m. at Arta Cinema.

The eclectic Hungarian Day line-up includes a noir: at the French Cultural Center, starting 10PM, will screen Kolorado Kid (dir. András B. Vágvölgyi). In the summer of 1959, Béla Kreuzer, a gambler, is arrested. He is placed in detention and at first he thinks this is because his dubious activities on the racecourse but it soon turns out that the reason is his participation in the revolution in 1956. During the investigation old friends turn their backs on him as does his girlfriend. The only person he can trust is his cellmate. The prosecutor asks for capital punishment, but the judge opts for a sentence of 15 years in jail, which Béla Kreuzer serves to the last day. When he comes out is 1974 and finds the world is no longer the same.

Filmtett.ro, the only art and film education Hungarian portal edited in Transylvania, will be launched during the Hungarian Day at TIFF 2011! Filmtett (in Romanian: Filmact) was a monthly publication, from June 2000 to January 2008, when it became available solely online. The publication offers film lovers a portal updated daily with news, film reviews, studies on film history and useful databases. On Wednesday, at 6.30 p.m., at TIFF Meeting Point, on its 11-year anniversary since the publication of the magazine’s first issue, the editorial staff of Filmtett present the portal’s new version, its structure, facilities and advantages, including a surprise for Romanian speaking film lovers!