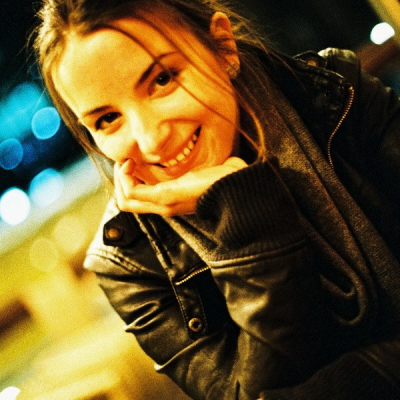 Tara is a Belgrade-based film critic and journalist. Her articles have appeared in Indiewire, Screen International, Variety, Little White Lies and Film New Europe, among many other media outlets, including the European Film Academy’s online magazine, "Close-up".

She is a member of the Alliance of Women Film Journalists. In February 2018, she launched "Fade to Her", a magazine about successful women working in film and in 2019, she was a member of the jury of Shooting Stars, the partnership between European Film Promotion and the Berlinale.

Tara is a regular at film festivals as a film critic, moderator and/or jury member. 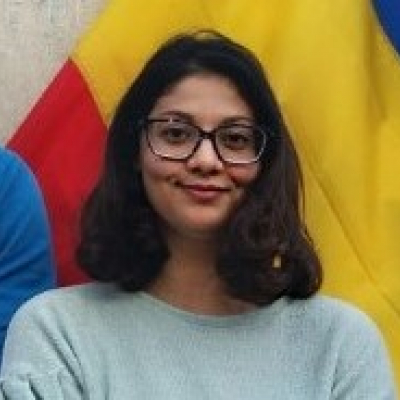 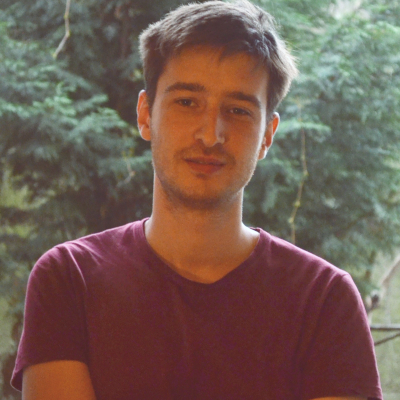 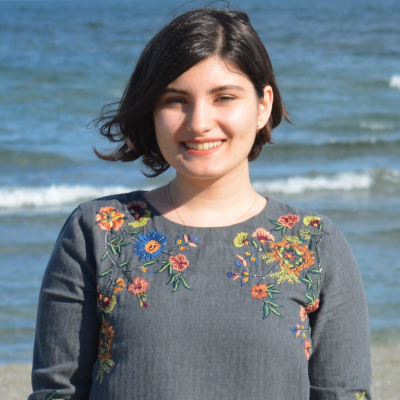 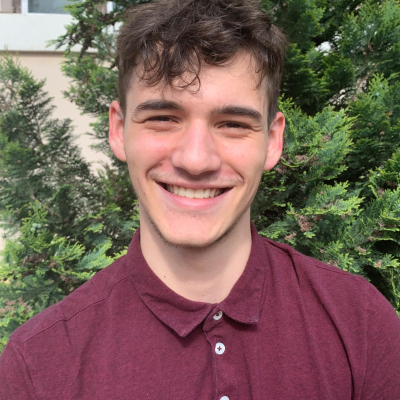 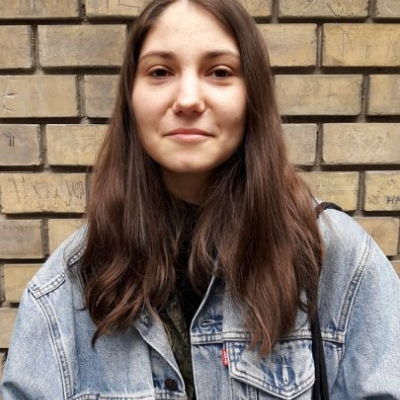 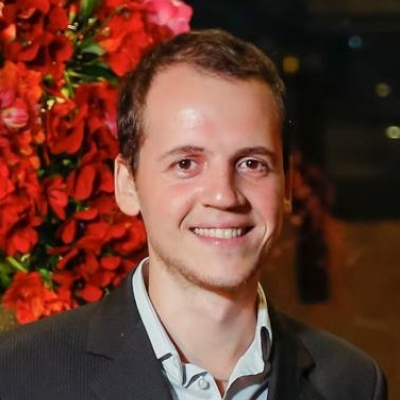 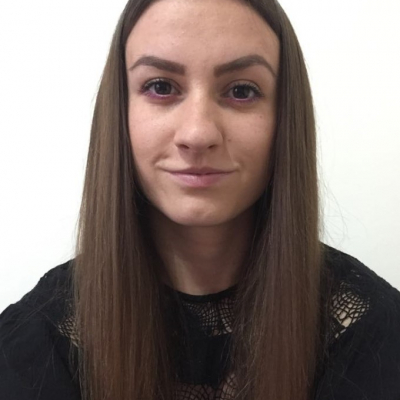 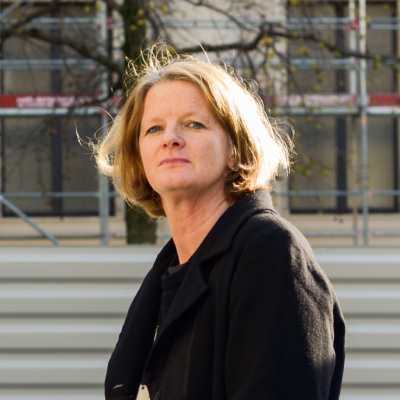 Maria was born in 1963 and she first studied marketing and advertising, changing direction with cinema studies at École Supérieure des Beaux-Arts in Geneve. For three years she was a teaching assistant in the Film department of the same institution.

She went on by tackling various aspects of filmmaking in fiction film and documentaries, from co-directing and editing to co-writing. She is a member of Spoutnik Cinema and Laïka Films in Geneva.

Since 1999 she is the co-director of International Black Movie Film Festival. 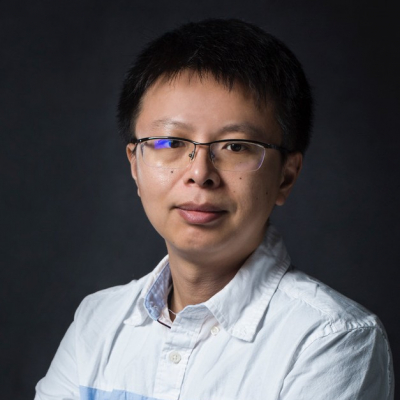 Yao is a PhD assistant researcher of the China Film Culture Institute, Beijing Film Academy. He also is a film critic, member of NETPAC and festival curator for the Beijing and Shanghai International Film Festivals. He is deeply interested in film history, Eastern European cinema studies, and film festival studies.

His published articles focusing on contemporary cinema in the Journal of Beijing Film Academy and other academic journals, while he writes film reviews for various websites and other medias. His book "Romanian New Wave" will be published very soon. 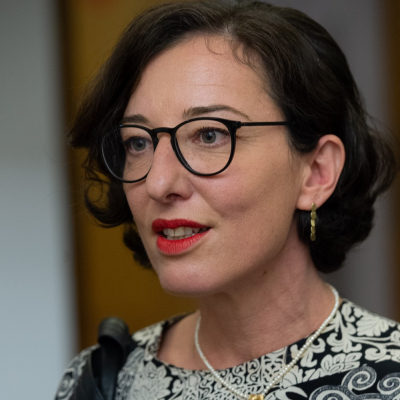 For the last ten years, Marisella has been responsible for the Lux Film Prize, the European Parliament award which was created in 2007. Strengthening ties between the cinema world and the members of the European Parliament, she became very experienced in managing contacts and activities with international film festival, European partners, film directors as well as with international institutions and organisations.

She chairs the Lux selection panel, in charge of choosing each year the ten films of the Lux Official Selection. She also coordinates the 28 Times Cinema project, a collaboration with the Venice Days sidebar of the Venice film festival and Europa Cinemas, and she has been in several short and feature film juries. 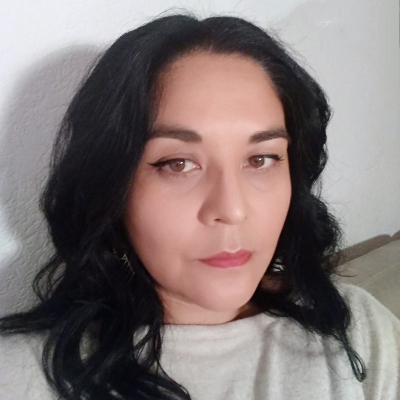 Jessica is a Berlin-based film critic from Dublin who is almost never in Berlin or Dublin, writing regularly for Variety, The Playlist, Sight & Sound, BBC Culture and anyone else who'll have her.

She has served on festival juries in Zurich, Geneva, Amsterdam, Ljubljana and Vienna and recently enjoyed corrupting the minds of a new generation as a mentor at the 2018 Melbourne International Film Festival's Critics Campus. 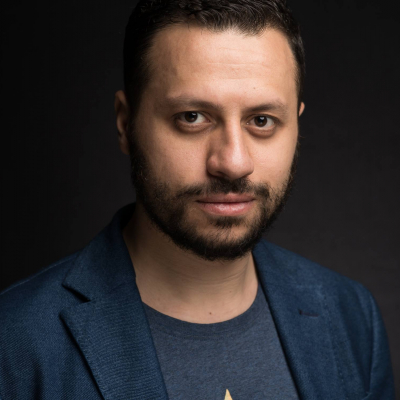 Ahmed is an Egyptian film critic and programmer who writes constantly since 2009. He publishes weekly articles in "Al Kahera" newspaper and "Filfan" website, besides various contributions in various prints and websites.

He published five books about Egyptian cinema and he is currently the deputy artistic director of Cairo International Film Festival. He is also the secretary general of Egyptian film critics association, a board member of FIPRESCI, vice-president of the African Film Critics Federation and a programming team member of Malmo, Mumbai and Tripoli film festivals.

He acted as jury in many festivals including Locarno, Malmo, Oran, Tetouan, Luxor, and Tripoli. 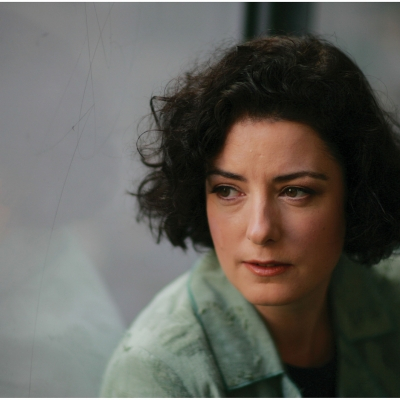 Since 2007, Grainne has been the Festival Director of the Dublin International Film Festival, Ireland’s leading public film festival. She has worked in independent cinema for over nineteen years, starting as Administrator of the Junior Dublin Film Festival in 1994. She was Assistant Director in the Irish Film Institute, where she was Director of both Stranger Than Fiction Documentary Festival and the Dublin French Film Festival from 2002- 2007.

She was Co-Editor of Ireland into Film, a series of publications on a number of key Irish films. She also regularly broadcasts on the arts for both radio and television. 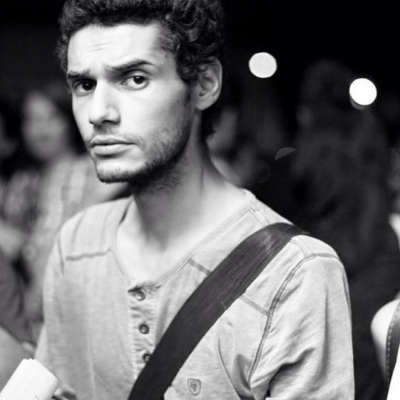 Nicolae started his film studies at FAMU in Czech Republic and graduated from the directing department of Romania's main film school, UNATC in 2009. In 2013, he won the Best New Hope award at the yearly Gopo Gala, the Romanian Oscars.

His debut feature The World Is Mine received the Best Romanian First Feature at the 2015 edition of TIFF, moving on to receive a Special Mention from the East of the West jury at Karlovy Vary Film Festival. Next year, the film won two Gopo awards from seven nominations.

Nicolae's second feature Heads and Tails met the Romanian audience this May, after being selected in 2016 in the Karlovy Vary Work in Progress programme. The film had its world premiere at Prague International Film Festival, FabioFest, earlier this year. 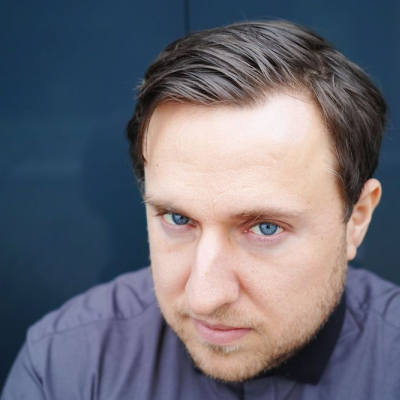 Cyril is the general delegate and co-founder of the Hallucinations Collectives festival, which has taken place since 2008 in Lyon, France. Since 2011, he has been involved in the Paris International Fantastic Film Festival, which he organizes with the magazine Mad Movies, the preeminent European fantastic-film periodical.

Since 2015 he has co-organized the Nuit Nanarland at Europe’s largest cinema, Le Grand Rex. He created the association and the site ZoneBis, a forum for online discussions among cinephiles. And lastly, in a previous life, Despontin worked at leading video game company Electronic Arts, and now works at the video label Wild Side and Wild Bunch Distribution. 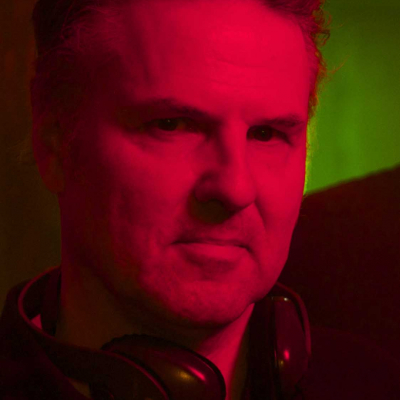 Andreas was born in 1961 in Karlsruhe, Germany. He began his career as an artist of graphic novels and record covers. Among others, he designed the film posters for Jörg Buttgereit's genre classics Nekromantik and Nekromantik 2.

In 2004 he made his feature film debut with the award winning Tears of Kali, which became an instant festival and box-office success. His next film Masks (2011) was a loving tribute to the Italian genre cinema of the seventies. 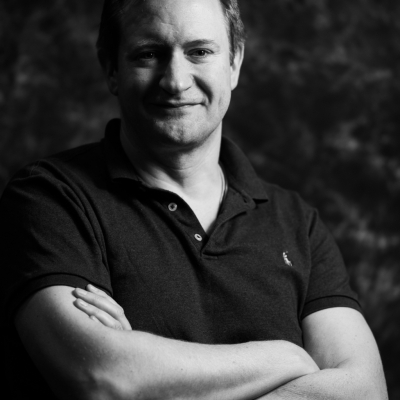 Mike Goodridge has had a wide-ranging 30-year career in the film business, covering finance and sales, festival programming and management, media, and most recently production. He is currently artistic director of International Film Festival & Awards Macao (IFFAM).  Simultaneously he is managing a slate of films and series in development under his Groovy Pictures banner. From 2012 to 2017, he was chief executive officer at Protagonist Pictures and under his aegis, the company delivered such hit films as Love & Friendship, Cold War, The Florida Project, The Lobster, God’s Own Country and Maggie’s Plan. Among the films he has executive produced are Andrea Arnold’s American Honey, which won the jury prize at Cannes 2016, The Discovery starring Rooney Mara and Robert Redford, My Old Lady with Maggie Smith and Kevin Kline and Oren Moverman’s The Dinner.

He spent 22 years as a film business journalist and critic, working in senior editorial positions at Screen International for 19 years. He also programmed the Kinoscope section of the Sarajevo Film Festival from 2011 to 2017 and is an advisor to the Locarno Film Festival. He has written several books on cinema including two on film directors. He is a board member of the European Film Academy and is a member of BAFTA. 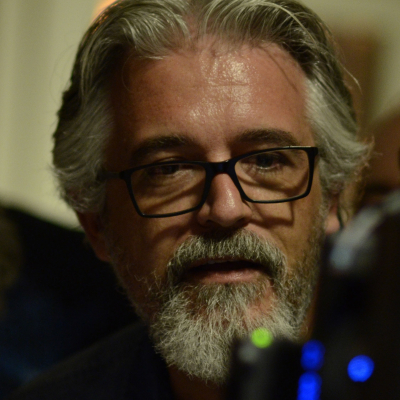 Constantin Popescu is a Romanian film director, writer and script writer. He directed a segment from the omnibus Tales from the Golden Age (produced by Cristian Mungiu, film which debuted at Cannes in 2009, in the Un Certain Regard section). His first feature, Portrait of the Fighter as a Young Man, debuted in the Berlin International Film Festival in 2010. His second feature, Principles of Life, debuted in the San Sebastián IFF’s Zabaltegi-New Directors Competition, also in 2010. His third feature, Pororoca debuted in the 2017 San Sebastián’s Official Competition and was awarded the Best Actor prize for Bogdan Dumitrache. Member of the Torino IFF 30th edition Official Competition Jury, in 2012 and of the San Sebastian IFF 66th edition Offical Competiton Jury, in 2018. 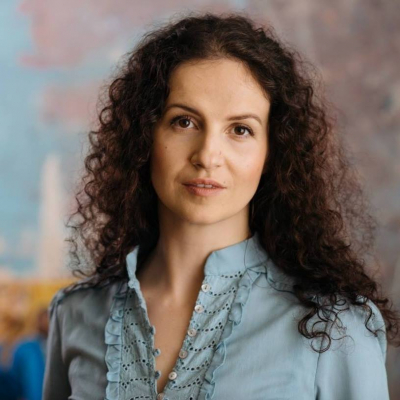 Anita Juka is a successful producer who started her own production company 4Film in 2004. In her career, she has produced 16 films and 8 European co-productions of different genres, including feature fiction, creative feature documentaries, shorts and recently one mini TV series. Her films have been supported by Eurimages, they won more than 70 awards at film festivals including Toronto IFF, Karlovy Vary IFF and Rotterdam IFF and were distributed in more than 190 countries worldwide. She participated at 8 different programs including Producers Lab Toronto, TransAtlantic Partners, eQuinoxe. Noted titles are You Carry Me, directed by Ivona Juka - Slovenian Girl, directed by Damjan Kozole, Bad Blue Boys, directed by Branko Schmidt and Here, directed by Zrinko Ogresta. She had the honor to be part of the jury at six international film festivals and she is a member of the European Film Academy. 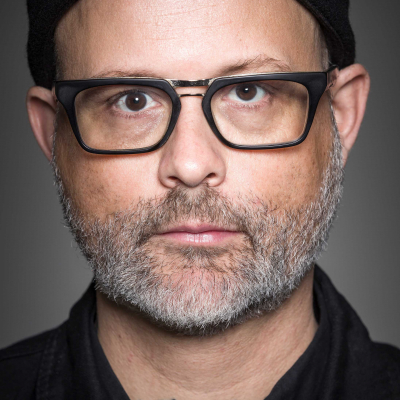 Born in New Brunswick in 1973, he began making short films after completing his studies in Cinema. While working as a film critic, Denis Côté finished his first feature-length film in 2005, Les états Nordiques (Drifting States). The film won the Golden Leopard Award at the Locarno International Film Festival in Switzerland, and after three years, All That She Wants won the Silver Leopard Award. Carcasses (2009) was presented at the Directors’ Fortnight at the 2009 Cannes Film Festival.

His films have been shown at more than twenty retrospectives throughout the world. Wilcox (2019) will be Denis Côté’s 12th feature-length film, following great films such Vic+Flo ont vu un ours (Vic+Flo Saw a Bear), and A Skin So Soft, previously presented at TIFF. 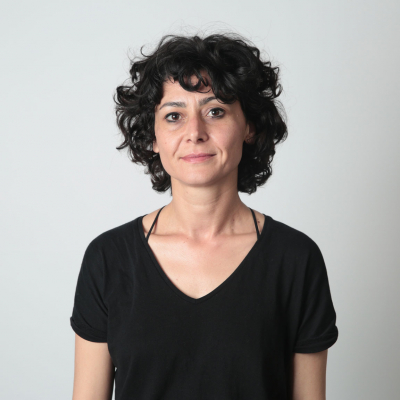 Ayça Çiftçi graduated from the Department of Film & TV at İstanbul Bilgi University and received her master’s degree from the Cultural Studies Department of the same university. She completed her PhD in Media Arts at Royal Holloway University of London. She is a film critic and a member of the editorial board of Altyazı Cinema Magazine since 2005. She has been teaching film and organizing cinema seminars at various institutions since 2006. Currently, she is teaching full time at the Department of Cinema and Television, İstanbul Şehir University. 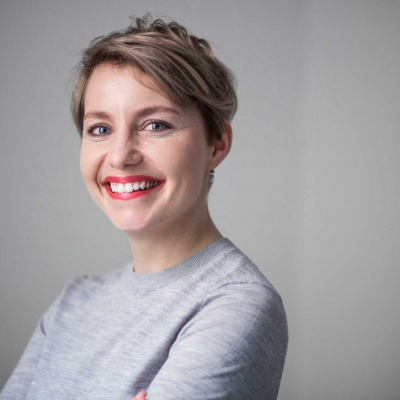 Marta Bałaga is a film journalist based in-between Poland and Finland. She writes for several international publications including Cineuropa, monthly magazine Episodi and Estonian newspaper SIRP, and collaborates with various film festivals including the Helsinki International Film Festival – Love & Anarchy. Member of the Finnish Critics’ Association SARV and FIPRESCI. 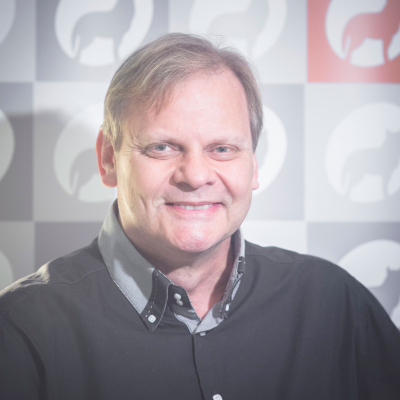 Dr. Martin Botha published more than 200 articles, reports and papers on the South African media, including six books on South African cinema. He is a professor of film studies at the University of Cape Town, where he teaches international film history and theory, world cinema, avant-garde filmmaking, as well as theories of film authorship. He is also a free-lance film critic for various newspapers, journals and magazines (since 1978), as well as an advisor for several international film festivals.

He was South Africa’s contributor to International Film Guide for 22 years and currently writes for Liternet and Netwerk24. He participated in FIPRESCI juries in Tallinn, Tromso and Mannheim-Heidelberg.