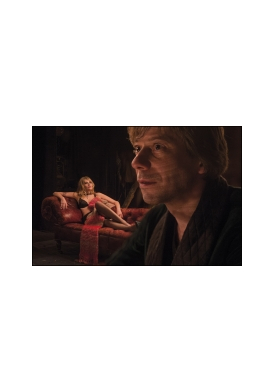 Alone in a Paris theater after a long day of auditioning actresses for the lead role in his new play, director Thomas complains that no actress has what it takes to play the character - a woman who enters into an agreement with her male counterpart to dominate him as her slave. Thomas is about to leave the theater when actress Vanda bursts in. At first she seems to embody everything Thomas has been lamenting, but when Thomas agrees to let her try out for the part, he is stunned and captivated by her transformation. As the audition builds momentum, Thomas moves from attraction to obsession...