"Pina" and Susanne Bier among the European Film Academy winners 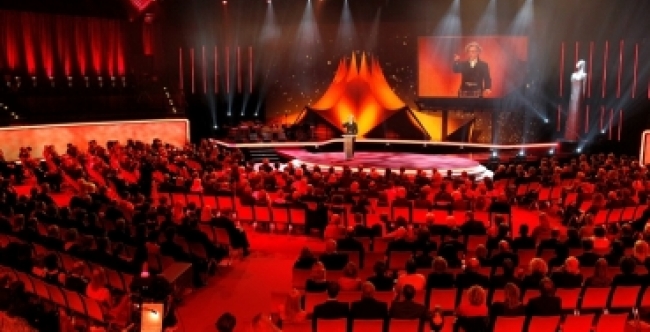 Among the awarded films for the 2011 edition of the European Film Academy Awards we can find the first 3D feature of director Wim Wenders, “Pina”, screened for the first time in Romania at the 10th edition of the Transilvania International Film Festival. “Pina” was distinguished with the award for “European Film Academy Documentary – Prix ARTE”. The film portrays the exhilarating and inimitable art of this great German choreographer who died in the summer of 2009. Inviting the viewer on a sensual, visually stunning journey of discovery into a new dimension right onto the stage of the legendary ensemble, the film also accompanies the dancers beyond the theatre, into the city and the surrounding industrial landscape of Wuppertal, the place that was the home and centre of Pina Bausch’s creative life for more than 35 years.

Susanne Bier, director of the feature “HÆVNEN” (In a Better World), screened at the 10th edition of Transilvania IFF, was awarded with the European Director Award. The film, winner of the Oscar for Best Foreign Film, traces elements from a refugee camp in Africa to the grey humdrum of everyday life in a Danish provincial town. The lives of two Danish families cross each other, and an extraordinary but risky friendship comes into bud. But loneliness, frailty and sorrow lie in wait. Soon, friendship transforms into a dangerous alliance and a breathtaking pursuit in which life is at stake. Susanne Bier’s new feature film is a drama about the destruction of the idyll and the personal choice between revenge and pacifism.

Another film screened at the 10th edition of Transilvania IFF, “Oxygen” (“Adem” – Belgium / the Netherlands), directed by Hans van Nuffel, was awarded with the European Discovery Award. The feature tells the story of Tom and his brother Lucas, both suffering from cystic fybrosis, a genetic disease that slowly destroys their lungs. Tom is struggling to cope with his short life expectancy and hangs around with a gang of hoodlums. In the hospital, he meets Xavier, a young man suffering from the same illness but behaving like a top athlete. Xavier is a confirmed optimist, even when he is dumped by his girlfriend Anneleen. Tom takes in Xavier's energy and joy of life, but when his brother dies during lung transplantation surgery, he is inconsolable.

The complete list of the 2011 winners of the European Film Academy Award can be found here.