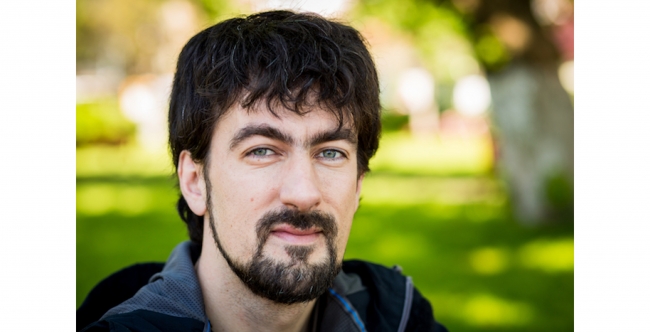 Both actor and director, Andi Gherghe is a graduate of the Tîrgu-Mureș University (in the Drama section), where he also obtained, in 2009, his master’s diploma in the Directing section.

In 2001 he won both the Jury’s Award and the Public Award for Best Actor at the Young Actor’s Award “HOP” Gala, organised by UNITER.

He is active starting with 2006 in Tîrgu-Mureș’s and Brasov’s theatres and has collaborated with numerous directors such as Radu Nica or Adrian Iclenzan.

Currently, he can be seen performing at the Ariel Theatre in Tîrgu-Mureș in Lungs by Duncan Macmillan, directed by Radu Nica or at the Sică Alexandrescu Theater from Brasov in Almost Maine, directed by Adrian Iclenzan.