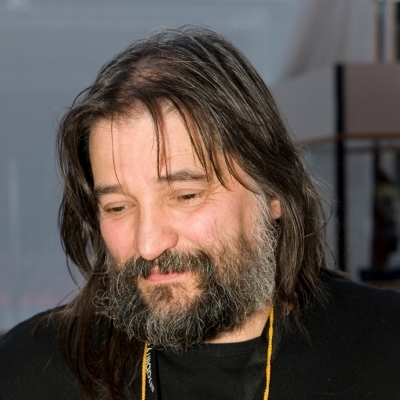 Freddy Bozzo has been working for the Brussels International Festival of Fantastic Film for more than 31 years. He has organized numerous festivals in Brussels and abroad: Biennale of Italian Cinema, Festival of Cinema Mediterranean, Festival of the Arabian Cinema, Festival of German Cinema and Festival of Hungarian Cinema and numerous other events. He has been member of the selection committee of films for the ministry of culture in Belgium for four years. He calls himself a socio-cultural worker, says he is a good cook and "family father", who likes reading, sports and travelling. And films, naturally. He is a good nature and will always be a film buff. He comes to TIFF to meet and drink beer with Vlad "Dracula" at nights, nothing to be afraid! 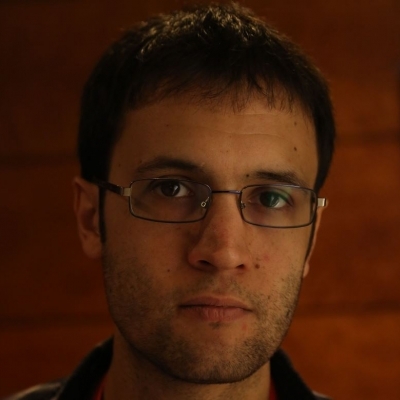 Pau Teixidor was born in Madrid in 1982. He studied at ESCAC (Film & Audiovisual School of Catalonia) and graduated in 2005. Since then, he has been working as 3rd and 2nd Assistant Director in feature movies. He only directed one short film, Leyenda, and is now developping his first feature film. 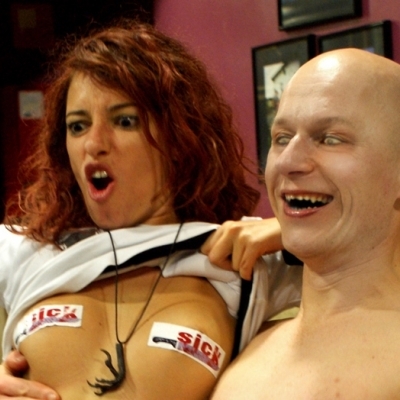 Malakias was born in Heinävesi, Finland, in 1974. He's fan of heavy metal and horror films. He studied animation in two schools, but dropped out from both of them. Got graduation diplomas from professional school as "printmaker for industry" and art school main subject as "metal graphic". Done four music videos to Finnish rock band Sweatmaster. Keeps two T-shirt print company "Venus in Mink" with good friend Simo Ruotsalainen. Does modelling clay-illustrations to get food on the table, clients like Helsingin Sanomat. Malakias' girlfriend asked in year 1999 "What you're gonna do with your life?". Malakias had to sit down and think about it: "I'm gonna drink beer and watch cartoons!". In 2013 he still feels the same. 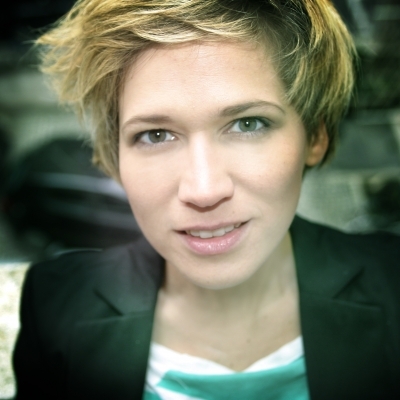 Orsi Nagypál is a Hungarian filmmaker, who escaped the glitzy world of advertising to study at the London Film School. She is most interested in human beings, in everyday people and how they deal with their own life, relate to each other and the society that surrounds them. Orsi tried herself in many roles at the LFS, but enjoyed directing and editing the most. She graduated as writer/director with the short film Naked Pact - with distinction. In 2009 she also worked as editor for her classmate's graduation film in Hong Kong, and as Assistant Director in Goa, India.

After all this she was granted funding for her next short, Cold Shower, by the Hungarian Filmfund. This short is set in a high-school theatre summer camp, where a new boy joins the group. He is of gypsy origin - this shakes up the relationships between the group members. This short was selected into the International Competition of Clermont-Ferrand in 2011. Orsi is currently developing her first feature script in Hungary, interested in the social changes during the 80s in Eastern-Europe. 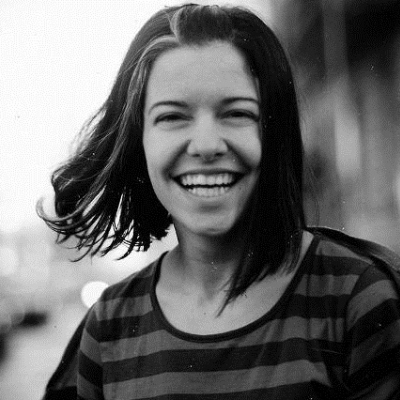 Born in 1988 in Sofia, she graduated in 2007 from the School of insurance and finances. She has a master degree in TV and Radio Producing from the Sofia University. She worked for the Bulgarian National Television when she was only 15 years old, and for five years she was an executive producer for the Bulgarian Students Television. Director of five short films with 1st Award for Best Short Film in Sofia Short Challenge 2013 and an Audience Award in Asenovgrad film festival 2012, she also directs commercials and director of musical videoclips. 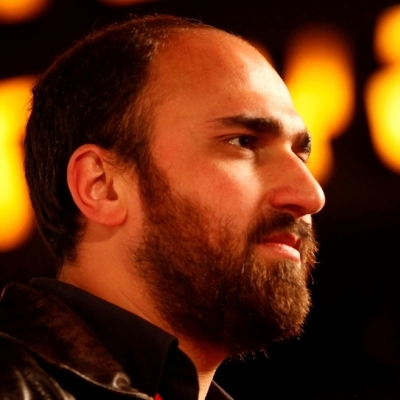 He was born in Mersin, Turkey, in 1984. He studied mathematics at Dicle University. He won a scholarship in film directing in İstanbul Kültür Üniversity and graduated at 2011. He is doing his master at Kadir Has University with a new scholarship. He has directed 4 documentaries and 8 short films. Also worked as director of photography in many projects. He is now the general manager of Buhar Film production company. 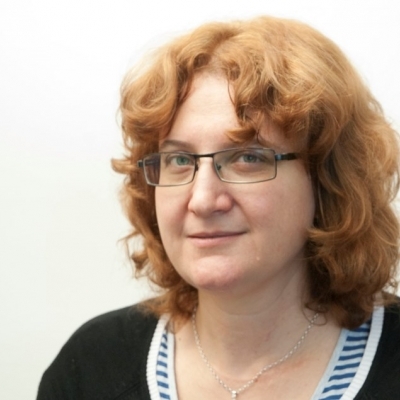 Iaromira Popovici began working as an editor of the Dilema veche weekly in 1993. She’s in charge of the Social page and she has a weekly pop-culture editorial, Bazar.

A Foreign Languages Department graduate, she’s studying for her PhD in Cultural Studies. She published a book De-ale prințeselor și patrupezilor. Besides being a journalist, Iaromira also works as a professor, teaching classes at various universities. 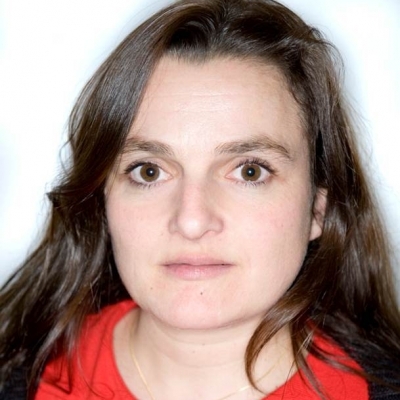 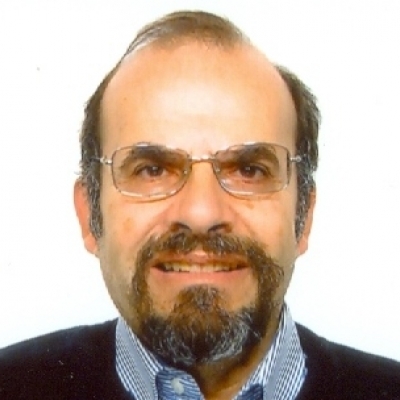 Born to Milan in 1950, he lived in Argentine for seven years and lives now in Genoa.

He was been foreman of the “Corriere Mercantile”, the oldest Italian daily paper (founded in 1824). He is from 1977 the titular cinematographic critic.

He has created a Museum of Image and Comics (Wow Spazio fumetto - www.museowow.it) together the Fondazione Franco Fossati (www.lfb.it/fff/index.ht) dedicated to his brother, prominent expert in the field.

He writes for various websites such as Cinecritica – FilmDoc -  Cinema e Teatro.

In the last years, he has participated in various juries critics in Venice, Riga, Havana, Valladolid, Karlovy Vary, Festroia 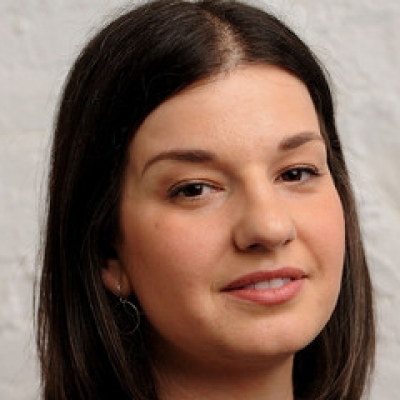 Documentary film director, producer and writer, Mona Nicoară was born in Communist Romania and, until 1989, dedicated her early years to becoming a poet in a small, largely underground community of young writers who did not abide by the creative conventions of the Ceaușescu era. After the 1989 Revolution she began mixing creative work with human rights activism for groups like Amnesty International and Human Rights Watch, and continued these parallel tracks after moving to New York at Columbia University in 1995. She started working in film in 1997 as an Associate Producer for Children Underground, which received the Special Jury Prize at the 2001 Sundance Film Festival and was nominated for an Academy Award for Best Feature Documentary. Most recently, she directed and produced Our School, which was selected for the Sundance and IFP documentary labs. The film premiered in the US at the Tribeca Film Festival, went on to over 60 festivals worldwide, was awarded the Grand Jury Prize for Best US Feature at SilverDocs in 2011, and was nominated for Best Eastern European Documentary at the Silver Eye Awards 2011 and for Best Romanian Documentary at the Gopo Awards in 2012. 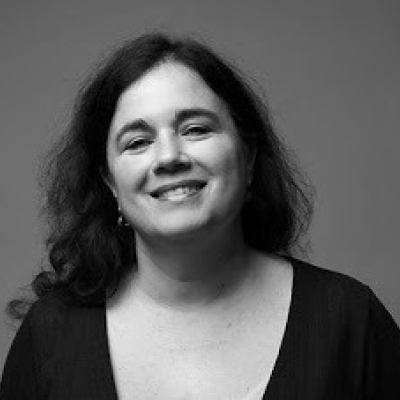 Yael Shuv obtained her master’s degree in cinema studies from New York University and has been writing about film for the past 26 years. She has contributed numerous essays and reviews to the British magazine Total Film and to Haaretz Daily Newspaper in Israel, among others. For the past 10 years she has been the chief film critic at Time Out Tel Aviv. She also teaches film courses at the Open University of Israel and has served as an artistic advisor for the Israeli Film Fund. Yael has been a FIPRESCI juror in international film festivals such as Moscow, Locarno and Warsaw as well as chair of the jury at the International Student Film Festival Tel Aviv. Her children’s book The Ice Cream Princess was published in Israel in 2011 and became a bestseller. 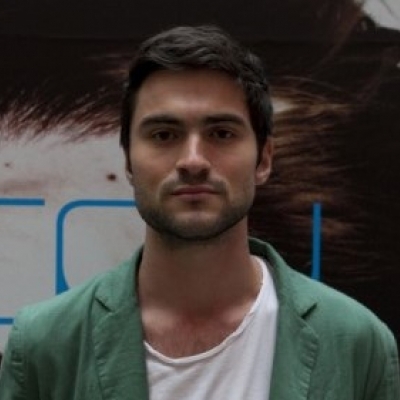 He graduated from The Russian State University of Cinematography (VGIK) in 2004. Since then he has been working as features editor and film critic in Iskusstvo Kino (Film Art Monthly). He participated in Trainee Project for young film critics of Rotterdam International Film Festival. Since 2006 he has been selecting feature films for Sochi National Film Festival Kinotavr. Currently he is appointed as programmer and curator of Rotterdam International Film Festival focusing on films from Russia, post-soviet territories and East European countries. He has got several awards for his activity in creative writing and journalism including the prize for best young film critic. 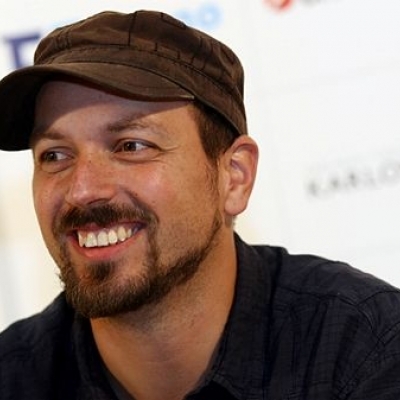 Born in 1974, in Budapest. When he was only 13, he began experimenting with a Super 8 camera. While a student of the Directing department (1995 - 2000) of Budapest's Theatre and Film School, he became noted for his short films The Fishichtys (1997), The 7th Room in the Knock-Knock (1999) and Round and Round (1999), the latter being selected in various festivals. He rose to international fame thanks to his first feature film, Hukkle (2002), which received the European Discovery award within the European Film Academy annual awards ceremony, as well as many other distinctions.

His second feature film, Taxidermia, perceived as the shock-film of 2006, premiered in the Un Certain Regard section of Cannes. Co-written with his wife, Zsófia Ruttkay, the film brought Pálfi the Best Director award at TIFF (2006) and four awards, including the one for Best Film, at the 37th edition of the Hungarian Film Week, the most important Hungarian cinematic event of the year. Pálfi also directed Final Cut – Ladies and Gentleman, a film-collage made of 450 classics, internationally acclaimed by the critics, and an episode of Magyarország 2011, an omnibus which screened al TIFF in 2012. At the moment, the director develops his next film project, The Voice. 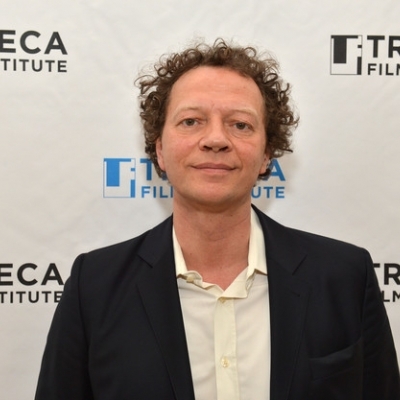 At the beginning of the '90s, movie buff, Frédéric Boyer established Videosphere, a Parisian video store whose film collection now holds over 60.000 titles, most of them art films. Between 2003 and 2008 he was senior programmer in the Directors' Fortnight selection committee, focusing on films from the US, Great Britain, Australia, Eastern Europe and Scandinavia. Between 2009 and 2011 he was the Artistic Director of the aforementioned Cannes section, and then moved to New York, holding the same position within Tribeca, the festival founded by Robert De Niro. 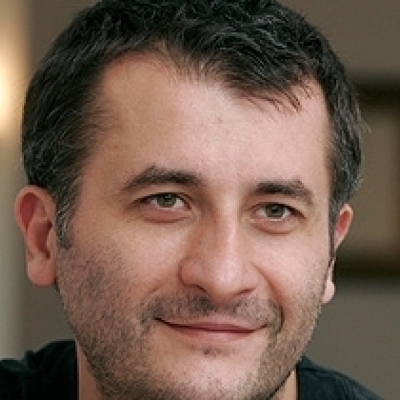 Born in 1967, in Bucharest, Cristi Puiu studied at Ecole Supérieure d'Arts Visuels in Geneva, graduating in 1996 with the documentary 25.12. Bucharest, North Railway Station. In 1995, Before Breakfast, his student short film, was selected in Locarno. His feature debut, Stuff and Dough (2001) marks the beginning of the New Romanian Cinema. The film was selected in the Directors' Fortnight section of Cannes and received awards in Thessaloniki, Cottbus, and Trieste. In 2004, his short film Cigarettes and Coffee received the Golden Bear at the Berlinale.

His second feature film, The Death of Mr. Lăzărescu (2005), world premiered in Cannes, winning the Un Certain Regard trophy which was followed by countless other awards and selections in international festivals.

In 2011, he wrote, directed and starred in Aurora, which was selected in the Un Certain Regard section of Cannes and received the Gopo award for Best Film.

Cristi Puiu co-wrote Stuff and Dough and The Death of Mr. Lăzărescu with Răzvan Rădulescu. Together, they also wrote the screenplay for Lucian Pintilie's 2003 feature film Niki & Flo. In 2005, the German director Didi Danquart made Offset, a feature film based on a screenplay by Cristi Puiu. 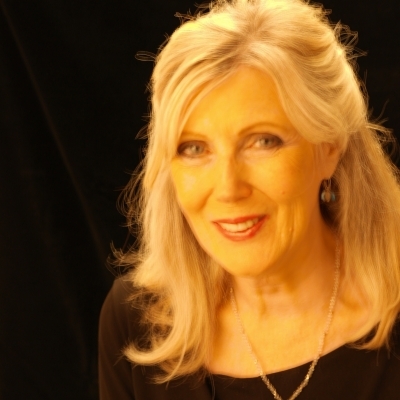 Producer of Stephen Frears and Chen Kaige, former director of the Edinburgh International Film Festival (1973–1980), director and curator of film at the Pacific Film Archive, University of California, Berkeley.

In 1985, she produced her first feature film, Defence of the Realm (by David Drury), and joined Columbia Pictures as Senior Vice-President. She co-produced Alan Parker's The Commitments, recipient of five BAFTAs including the Best Film trophy and an Academy Award nominee, The Snapper and The Van (Cannes official selection screening), by Stephen Frears, When Brendan Met Trudy (by Kieron J. Walsh) and Killing Me Softly (by Chen Kaige).

At the beginning of the '90s, she co-founded the East-West Producers seminar, the first training program for Eastern European producers. Together with Michael Pye she wrote The Movie Brats (1984), the first book ever about Steven Spielberg, Martin Scorsese, Francis Ford Coppola, Brian de Palma, George Lucas and John Milius.

She is a member of ACE (Ateliers du Cinema Europeen), and a mentor at the Koln International Film School and the National Film School of Denmark. In 2004, she joined the London National School of Film and Television as Head of Fiction Directing. At the moment, she co-produces the remake for Defence of the Realm. 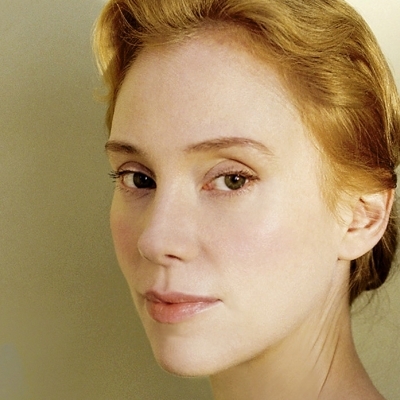 Born on August 17, 1972 in Leipzig, Franziska Petri studied at the renowned "Ernst Busch Academy of Dramatic Art" in Berlin. Her cinema debut was a part in The Big Mambo by Michael Gwisdek in 1997, which opened the 48th Berlin International Film Festival. With her first leading role, in Forget America (by Vanessa Jopp, 2000) she attracted both critics' and audiences' attention.

She appeared in various cinema productions such as Leo & Claire by Joseph Vilsmaier, The Heart Is a Dark Forest by Nicolette Krebitz, Long Shadows by Connie Walther or Memory by Matthias Luthardt.

In 2011 she was internationally acclaimed for her starring role in Kirill Serebrennikov's Betrayal, which premiered in the competition of the Venice Film Festival 2012 and is part of Transilvania IFF’s Supernova section. For her performance, she received the Best Actress awards in the Abu Dhabi and Tallinn Black Nights film festivals.