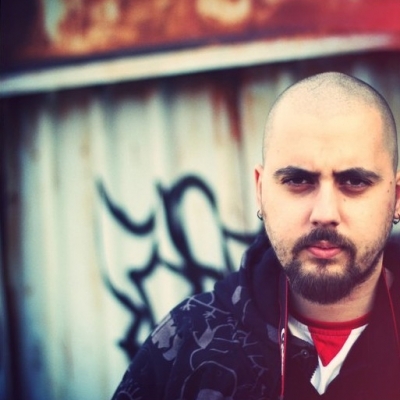 He is the screenwriter, director and editor of the short film trilogy Inches of Suburbia. The trilogy consists of three films: Trains, released in 2011, The Paraffin Prince, released in 2012, and Pride, released in 2013. With his latest film he won the Grand Prix at the 36th edition of the International Short Film Festival Clermont-Ferrand. The film and is currently nominated at the European Film Awards.

Cristina Grosan is a Romanian filmmaker and visual artist currently living in Budapest, Hungary. She’s interested in quirky stories of becoming, that try to examine what it's like to be a woman here and now.

After graduating from the Faculty of Theatre & Television at the Babes-Bolyai University, Romania, Cristina directed several shorts that traveled the European festival circuit. In 2013 she was selected for a one month residency at the Sarajevo City of Film programme, where her most recent short was shot. Holiday at the Seaside premiered at the 19th Sarajevo Film Festival, winning the "Atlantic Group" grand prize for best short film.

Cristina is currently working on Opening, a film dealing with the hidden world of sex chat studios. Opening was nominated for the 2014 Film Prize for International Cooperation by the Robert Bosch Foundation. 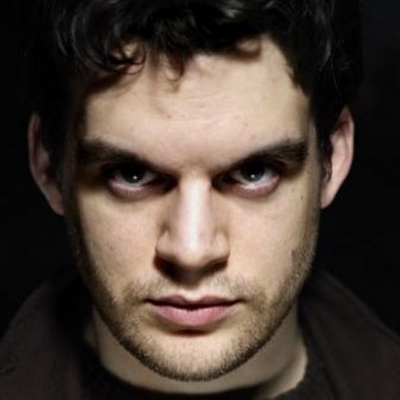 Boyd is a freelance film writer specialized in contemporary European cinema. He reviews films for U.S. trade paper The Hollywood Reporter from the major festivals, is the film editor of Winq magazine (Netherlands/UK) and is a correspondent for European cinema portal cineuropa.org. He also regularly contributes to the International Film Guide (UK), Filmkrant (Netherlands) and indieWIRE (US). His work has been published in ten languages including Romanian. 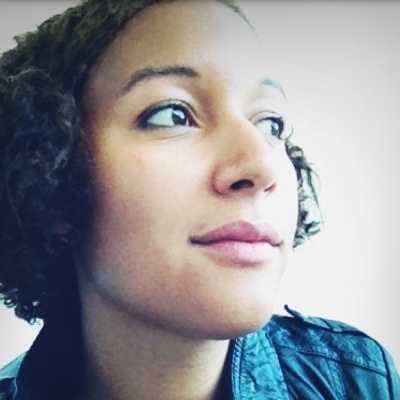 Pamela Pianezza is a programmer for the Cannes Critics’ Week. As a journalist and film critic she writes for Première, Le Monde des ados and Sequences (Canada) – frequently about Scandinavian and Eastern cinema – and she is the founder of Tess Magazine, a cultural review on the web.

She has a postgraduate diploma in film studies and journalism, and she teaches the history and theory of film criticism at the University of Tallinn’s Baltic Film School. 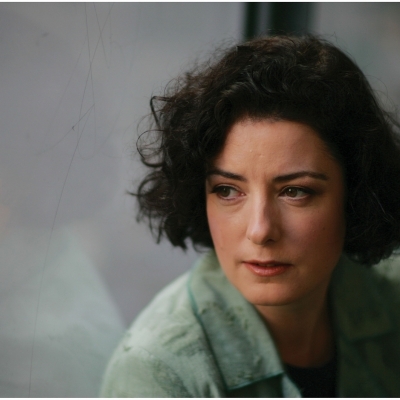 Grainne Humphreys is the Festival Director of the Dublin International Film Festival. Ireland’s leading public film festival, this is her eight year as Artistic Director. She began her working life in film education, teaching and programming for young audiences in Dublin and around Ireland.

She has worked in independent cinema for over nineteen years, starting as Administrator of the Junior Dublin Film Festival in 1994. She was Assistant Director in the Irish Film Institute, where she was Director of both Stranger Than Fiction Documentary Festival and the Dublin French Film Festival from 2002- 2007.

She was Co-Editor of Ireland into Film, a series of publications on a number of key Irish films. She also regularly broadcasts on the arts for both radio and television. 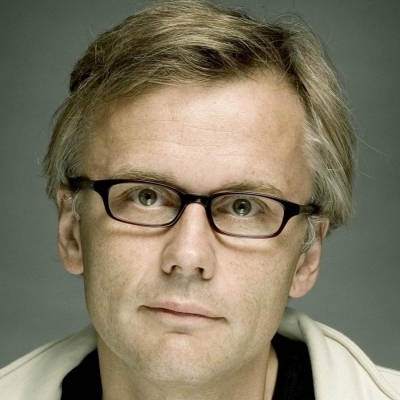 Christoph Terhechte has been head of the Berlinale's Forum sidebar since June, 2001.

Terhechte was born in 1961 in the city of Münster, Westphalia. He studied political science and journalism at the University of Hamburg and has worked as a film journalist since 1984. In 1987, he was hired as a writer in Hamburg for the Taz daily newspaper. In 1988 he moved to Paris for two years, working as a freelance journalist. Up until 1990, he also worked on the film selection of the European Low Budget Film Forum in Hamburg. In 1991 he became film editor at the Berlin city magazine Tip.

Christoph Terhechte has been a member of the selection committee of the Forum since the end of 1997. In June, 2001 he was appointed head of this Berlinale section. 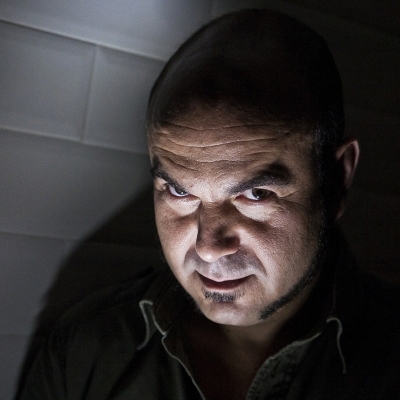 Producer, screenwriter, and director Marc Carreté was born in Barcelona in 1970. He studied image and sound at the School of Audiovisual Media of Barcelona. The following years Marc worked with some of the leading advertising agencies in Spain. In 2010, he created KRT MEDIA and in 2011 he wrote, produced and directed Mal Cuerpo, his first short film which was selected for the Official Competition of the 44th edition of the Sitges Film Festival.

2012 was the year of Castidermia, another short film he wrote, produced and co-directed, which was also selected for the Sitges Film Festival, and included in the official selection of several international festivals. Shortly afterwards he wrote what would soon become his first film, Asmodexia. In September 2013, the film was shot in Barcelona and is now included in the Midnight Delirium sidebar at TIFF. 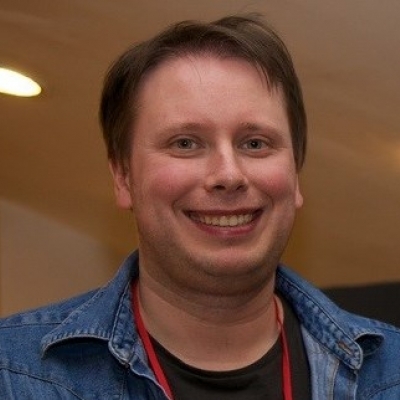 Gaz Bailey is the founder and director of Abertoir - Wales' International Horror Festival. His involvement in the industry includes training in television post-production, and he has also worked for American TV station PBS.

After graduating with a Master’s Degree in Film Studies in the UK, Gaz moved into the exhibition sector and is currently the film manager and programmer for Aberystwyth Arts Centre. He works closely with the WOW Wales One World Film Festival.

From 2006, he has enthusiastically developed the Abertoir Horror Festival over many years into an exciting and diverse six day event that features premieres, silent films with live accompaniment, talks, presentations, new shorts, cult screenings, guest Q&As, theatre and music. 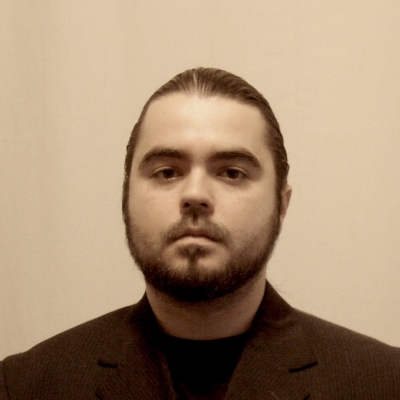 He is a graphic designer, illustrator, video artist and musician born in 1982. He graduated in 2001 from the Graphic Design department of the National University of Arts and since 2003 he has signed exhibitions hosted by Romania's most important art galleries. He is the founder of studio Twilight13Media.

In 2011 his exhibition "Where Purgatory Ends" was presented in New York, Helsinki and Bucharest, and in the following year his work where exhibited in Italy, Norway, Holland and Romania. Today, he has emerged as one of the most talented artists in the realm of metal, producing work for the likes of Darkthrone, Ulver, Triptykon, and At The Gates, among many others.

His exhibition "Insights" will be in Cluj during TIFF. 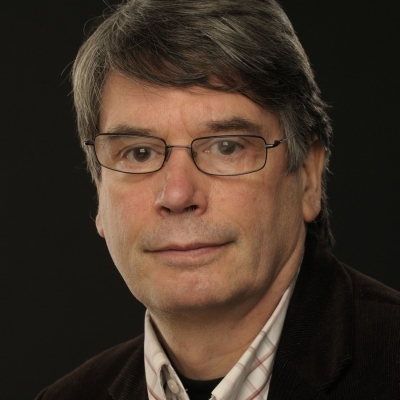 In the early 1970's Nik Powell set up Virgin Records with Richard Branson and in the space of ten years the pair turned a small mail-order record operation into a multi-million pound conglomerate.

In 1982 Powell went into partnership with Stephen Woolley, having sold out from Virgin in the previous year. Together they formed Palace Video, followed by Palace Pictures, and then Palace Productions, soon establishing each as highly regarded entities within the film distribution and production industry. Powell has acted as Executive Producer on all of Palace's productions including Neil Jordan's Oscar-nominated The Crying Game , Company of Wolves, and Mona Lisa.

Nik was appointed Director of the National Film and Television School in 2003, although he remains as non-executive chairman of Scala Productions. 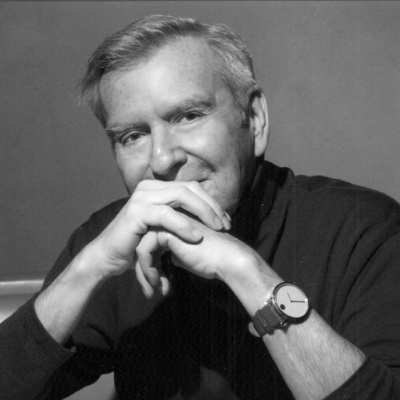 Michael Kutza, an award-winning graphic designer and filmmaker, is the founder and artistic director of the Chicago International Film Festival, which celebrates its 50th anniversary in 2014, the oldest competitive film festival in North America. It has been directed by Kutza since its inception in 1964.

Born in Chicago, Illinois on November 28, 1940, Kutza attended Weber High School in Chicago. He received a Bachelor of Science degree in biology and psychology from Roosevelt University. In the 1960s, Kutza worked as an assistant film editor at Fred Niles Studio and an assistant film documentary cameraman at WGN-TV, both in Chicago. From 1970 to 1980 he was the USA film critic for the Italian newspaper Il Tempo in Rome. 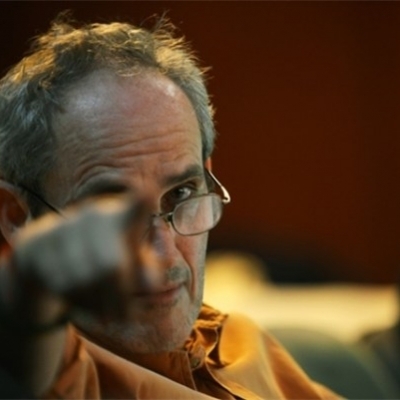 Film and theatre director, Janos Szasz was born in 1958. He is one of the most famous Hungarian film directors. He is also a professor at the Academy of Theatre and Film Arts in Budapest. His most recent feature The Notebook, shortlisted for the Academy Awards’ Best Foreign Language Film category, will be screened at TIFF 2014 as part of the Hungarian Day sidebar.

He entered the world of theatre when he was only 18 and became a props man at the National Theatre in Budapest. He worked while attending the Budapest Film Academy, which he graduated in 1987.

In 1997 his film Witman Boys was selected in the Un Certain Regard sidebar at Cannes. The film won the Silver Hugo at Chicago International Film Festival and represented Hungary at the Best Foreign Language Film category at the Academy Awards. The film stars Romanian actress Maia Morgenstern.

In 2007, his Opium: Diary of a Madwoman brought its main actress, Kirsti Stubø, the Silver St. George for Best Actress at Moscow International Film Festival. 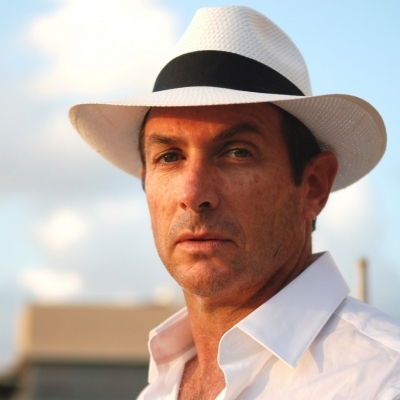 Cinematographer Giora Bejach was born in 1960 in kibbutz Hahotrim in Israel. He graduated in Film & Cinematography at the School of Arts "Camera Obscura" in 1991 and later studied in Hungary with legendary director of photography Vilmos Zsigmond, winner of an Academy Award for Steven Spielberg’s Close Encounters of the Third Kind. Giora Bejach has been active since 1993.

His most famous film to date is Lebanon, the war film directed by Samuel Maoz, winner of the Golden Lion at the 66th Venice International Film Festival in 2009. For Lebanon, Giora Bejach received the Best Cinematographer Award at the European Film Awards in 2010.

The thriller Big Bad Wolves, screened this year at TIFF in the Eye for an Eye sidebar, brought him his third Ophir award for Best Cinematography at the Israeli Film Academy Awards. 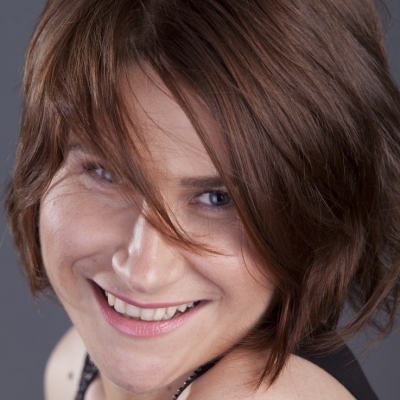 She’s a film and theatre actress born in Iaşi, Romania. In 2012, she received the Best Actress award at the Cannes International Film Festival for portraying Alina in Cristian Mungiu’s film Beyond the Hills. The film received numerous awards, both in Romania and abroad, and was nominated at several prestigious international festivals. The role constitutes Cristina Flutur’s debut as a film actress.

After receiving a diploma from the Faculty of Letters, Romanian-English department, at the “Al. I. Cuza” University from her home town, she pursued acting classes at the “Babes-Bolyai” University in Cluj-Napoca. Since 2004, she has been an actress at the “Radu Stanca” National Theatre from Sibiu, where she appeared in over 17 plays, working with famous Romanian and foreign directors, on national and international stages. In 2010, for her career on the stage of the “Radu Stanca” National Theatre, she received an Excellence Diploma for cultural promotion from the Romanian Ministry of Culture. 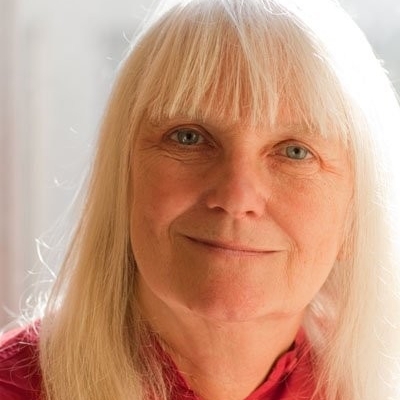 After completing her PhD on the German director Rainer Werner Fassbinder at the Slade School of Fine Arts, University College London, Sheila Johnston was a founder-journalist for The Independent, for which she covered film for ten years.

She has written on cinema and the arts for the Daily and Sunday Telegraph, The Times, Screen International, theartsdesk.com and many other publications and has lectured on cinema and popular culture for institutions including the British Council, the British Film Institute and the Open University. 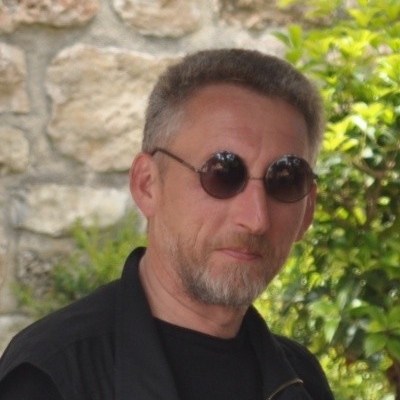 Born in Moscow in 1966. After graduating from Kiev State University in 1990, he worked at the Kiev “Molodist” International Film Festival as selector, programmer and press attaché. He completed postgraduate studies at the Faculty of Film Studies at the Kiev State Institute of Theatre Arts.

Since 1992 he has published a number of articles and reviews in the leading Ukrainian media such as KinoKolo, Kinodigest, Total Film magazines, Kommersant newspaper and national portal about cinema www.kino-teatr.ua.

He is a member of the Union of Filmmakers of Ukraine, and an expert of the production commission at the Ukrainian State Film Agency. 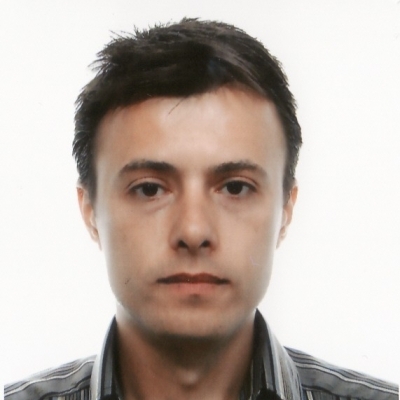 He was born in 1981 and graduated from The Faculty of Journalism and Communication Sciences, University of Bucharest. He obtained a Master’s degree in Consultancy and Expertise in Advertising. Since 2006 he has been combining his copywriter activity with his passion for film, and has been writing reviews in several Romanian film publications.

In 2012 he was the very first winner of the Alex. Leo Şerban grant for film critics, awarded at TIFF, and was also involved in organizing Making Waves: New Romanian Cinema Film Festival, in New York.

Since 2013 he has been a member of the Film Critics Association within the Romanian Filmmakers Union.