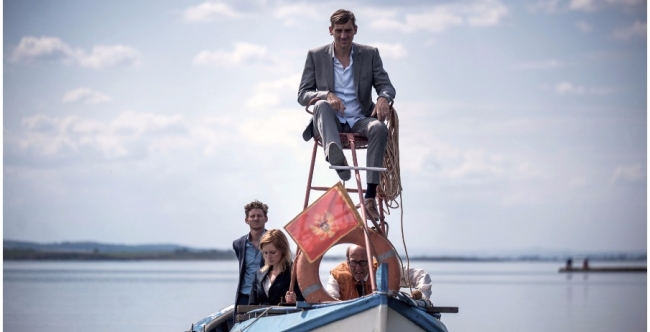 King of the Belgians, the comedy written and directed by Peter Brosens and Jessica Woodworth,  will screen in the official opening of the 16th edition of the Transilvania International Film Festival in Cluj’s Unirii Square on Friday, June 2nd, starting at 8:45pm.

Tickets for the opening gala screening cost 30 RON and are available from biletmaster.ro and the TIFF 2017 App.

The film’s picturesque characters will come up on the TIFF stage, including the Black Sea Sirens choir from the film, lead by Bulgarian pop star Nina Nikolina, who will perform in concert. The fictional group is made up of singers selected from very real famous choirs such as 1990 Grammy winner The Mystery of the Bulgarian Voices, the Philip Koutev Ensemble, Slavey Quartet and Cosmic Voices from Bulgaria.