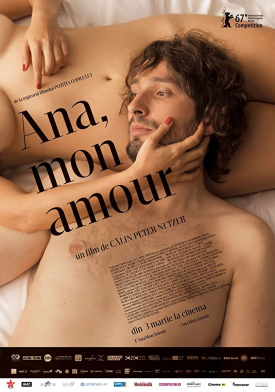 Toma meets Ana while they are both studying literature at university. Ana has a mild neurotic disorder and suffers from panic attacks. Toma follows her to every dark corner she ends up in, he fights his parents when they reject her, he accepts being a father and marries her, he becomes her babysitter, her driver, her everything. Toma appears to be in control of the couple’s relationship, when in fact he just gravitates around a woman he cannot understand, pushing his endurance to the limit, trying to save her. Will he succeed?