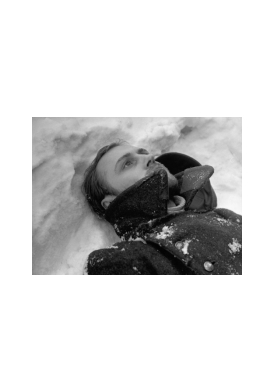 Two Soviet partisans depart their starving band on a short march to a nearby farm to get supplies. The Germans have reached the farm first, so the pair must go on a journey deep into occupied territory, a voyage that will also take them deep into their souls.