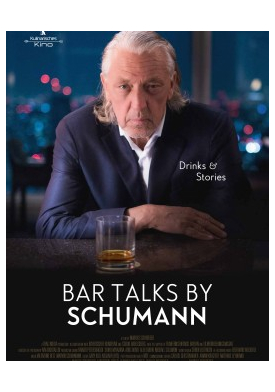 Charles Schumann. The man behind the institution that is Schumann’s Bar, an author - his book "The American Bar" has long since become a global classic of bar literature - a model, a thinker and a traveller in bar matters. Having just turned 75, he takes us on a voyage of discovery to the world’s most beautiful bars in New York, Havana and Tokyo, among other places. The film tells their stories as well as those of the people who bring them to life anew each day.