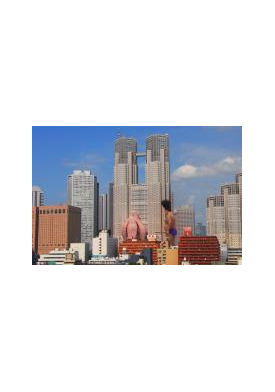 Constantly caught in the middle of everyone's battles, Daisato finds his sincere efforts to keep the peace repeatedly belittled; he's divorced, his neighbors have covered his house in graffiti, and he gets nothing but dirty looks when he walks down the street. When we first meet Daisato, he is the subject of a television documentary. Though on the surface Daisato may seem completely unremarkable in all respects, it soon becomes apparent just how deceiving first impressions can be: he is a hulking superhuman crime fighter!