ON BODY AND SOUL 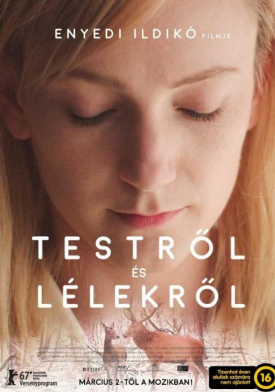 The director of a slaughterhouse is suspicious about Maria, the new quality inspector sent by the authorities. She's pretty, but she's too formal. He also thinks she's too tough on grading the beef carcass. During routine company interviews, a lady psychologist discovers that the two are having similar recurring dreams. They are embarrassed by what this implies, as the two introverts know nothing about one another outside of work. How can they accept this strange coincidence? What doest it mean?