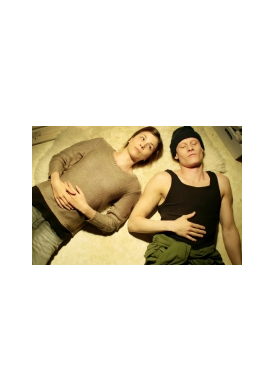 Lara is 25 and doesn't really know what she wants in life. She would like to change but doesn't know how. After a wild night out dancing, Lara finds herself pregnant. Confused and hesitant at first, she throws herself into the adventure: becoming a mother. For the first time in her life she feels she has made the right decision. But then, six months into the pregnancy, she miscarries. Fearing the loss of her new-found feeling of purpose, Lara acts as if she is still pregnant...