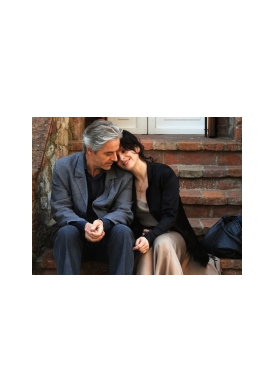 This is the story of a meeting between one man and one woman, in a small Italian village in Southern Tuscany. The man is a British author who has just finished giving a lecture at a conference. The woman, from France, owns an art gallery. This is a common story that could happen to anyone, anywhere.