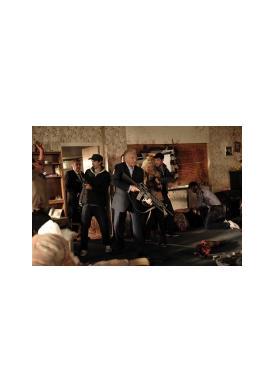 Andy and Terry were in the middle of robbing a bank to save the rest home where their grandfather lives when the zombie apocalypse struck East London. After arriving at the nursing home heavily armed and with cash in tow, the two brothers prepare to fight their way out with the assistance of some trigger-happy seniors.