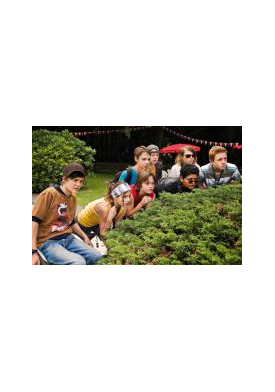 Ten-year-old Hannes lives with his single-parent Mom. His greatest dream is to become a member of the "The Crocodiles" – the coolest gang in the world. He has to accept a dare to become a Crocodile. The dare goes wrong, putting Hannes in serious danger. He's saved at the last minute thanks to Kai, who's in a wheelchair. Kai desperately wants to be a Crocodile, too, but the other kids just make fun of him. For them Kai is a cripple. One night, however, Kai witnesses a burglary. Suddenly, the gang is interested in him after all. But Kai will only help them solve the crime and collect the reward if he gets to join the gang. With Kai's help and their typical Crocodile resourcefulness, courage and ingenuity, the Crocodiles set about cracking the case and taking on the dangerous gang of burglars...