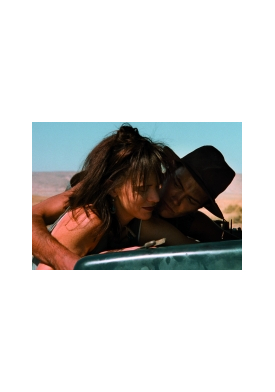 Boy, a young widower, retreats to the desert after his wife dies of radiation following nuclear tests near their home. Boy is waiting for the end of the world and carves Katchina dolls that supposedly contain magical powers. Harry and Buffy travel to the desert on a second honeymoon in an attempt to save their marriage. Their Bentley breaks down in the middle of nowhere and the couple is rescued by Boy. Boy holds them prisoner because of his desire for the woman and his ambition to create a better world with her.