Deliver Us From Evil 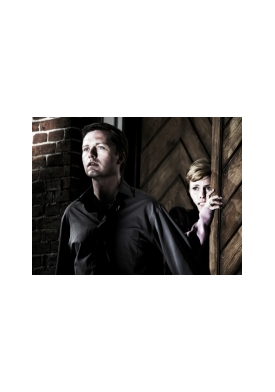 Lars and Johannes are brothers with very little in common. Johannes is a high-powered lawyer with a beautiful wife and two children; Lars is a truck driver and a brute who beats his girlfriend. Having returned to his hometown in the country, Johannes hopes for a less hectic lifestyle, but trouble is underfoot when Lars runs over a woman in a moment of inattention. He sees only one way out: put the blame on the Bosnian refugee Alain, whose post-traumatic stress has impaired his mental functions. But when Lars, the husband of the victim, Ingvar, and their friends close in on the Bosnian, Johannes stands up for the hard-working man and brings him home with him. Undeterred, the drunken horde starts to siege Johannes´ secluded house, in which Johannes, his wife, his children and Alain all fear for their lives.

Official Program - Deliver Us From Evil