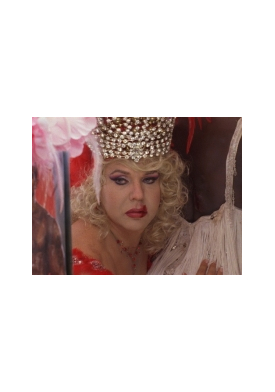 Once upon a time there was a war... In the darkness of the night, a young soldier goes AWOL.

Tonia, a veteran transsexual in Lisbon’s drag shows, watches the world around her crumble. The competition from younger artists threatens her star status. Under pressure from her young boyfriend Rosário to assume her female identity, the sex change operation that will transform her into a woman, Tonia struggles against her deeply-held religious convictions. If, on the one hand, she wants to be the woman that Rosário so desires, on the other, she knows that before God she can never be that woman. And her son, whom she abandoned when he was a child, now a deserter, comes looking for her...