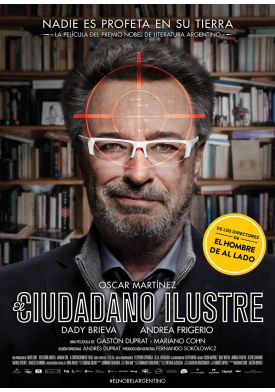 Mr. Mantovani, Literature Nobel Prize winner, accepts an invitation to visit his hometown in Argentina, which has been the inspiration for all of his books. It turns out that accepting this invitation is the worse idea of his life. Expect the unexpected when you have used real people as characters in your novels!