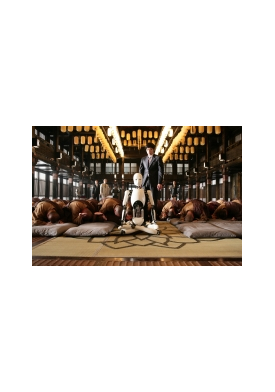 Two acclaimed directors tackle the topic of doom. In A Brave New World zombies flood the streets of Seoul. In The Heavenly Creature, a robot reaches enlightenment on its own while working at a temple. Its creators regard this phenomenon as a threat to mankind and decide to terminate the robot. In Happy Birthday, a little girl uses a strange website to order a new pool ball for her billiards-obsessed father. Soon an unidentified meteor heads toward the Earth and all human beings flee to underground bomb shelters...