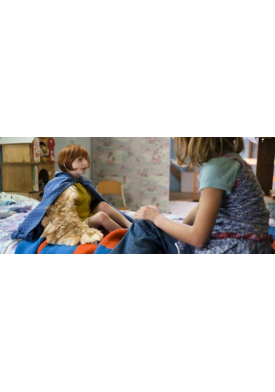 Warre finds a little girl with small wings instead of hands in the forest. He and his wife, Tine, name her Birdie and grow her as their child. One day, Birdie flies south, together with the traveling birds, and her worried “parents” go looking for her.