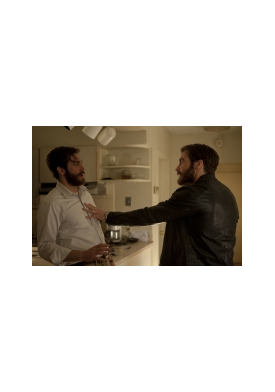 Adam is a history teacher quietly living with his girlfriend Marie. He discovers a physically identical man, an actor called Anthony, living nearby with his pregnant wife, Helen. Adam stalks his double, intending to observe from a distance, but soon the couples’ lives become intertwined, precipitating a lethal battle in which only one couple can survive.