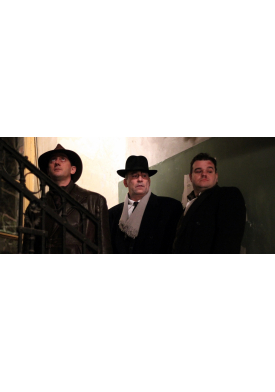 The 1956 Revolution has fallen. Terror reigns. Appointed by the Soviets, the new prime minister orders that each and every National Security officer’s loyalty be tested. Jung is an ambitious cultural NS officer living undercover as a private teacher. Marko, his immediate superior, is orderd to monitor Jung's apartment and activities for a day to test his loyalty to the new regime. What sets out as routine surveillance takes a wild turn when Marko uncovers disturbing secrets in Jung’s life: secrets that can easily destroy the careers of both men.