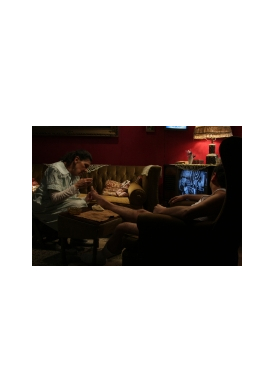 Ramona loves her son so much that she cuts his nails and feeds him even though he’s now an adult. When he doesn’t return home to share some tomato soup with his mother, Ramona goes out to look for him – in the hospitals and morgues. And it’s there that she comes across a man she thinks that he might have something to do with her son’s disappearance.