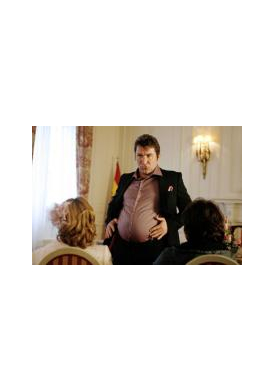 Fat People is pizza, ice-cream, chocolate, sweets, calories, many many calories. It’s also guilt, desire, fear, hope, dreams, sex, family, love... It’s happy, optimistic, awesome, sour, tender, harsh, light, deep. It’s a comedy. It’s a drama. It’s a collection of contradictions. It’s life!
Fat People is a dramedy. Five stories that deal with overweight in a common environment: group therapy. A place where people don’t expect to lose weight but rather find out the reason why they’ve gain it. They expect to find out the reasons why they don’t like their bodies. Weight is unimportant, their bodies are unimportant. Overweight is just a metaphor to talk about those things we swallow, day after day, and that grow inside of us. Those things that are so hard to express, face or even accept.