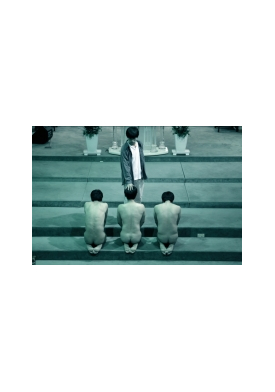 18-year-old Sung-gong has always been a target for school bullies. One day, the bullies drag him to the home of a fellow high school girl named Jang-mi where they take turns raping her. Sung-gong wishes to escape the scene but is forced to go into her room and commit the act himself. Ten years later, Sung-gong and three of his so-called friends live their ordinary lives in the society just like others. Until one day, Sung-gong is somehow led into a church where he meets Jang-mi again.