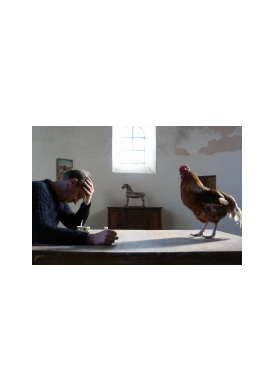 In a village, a mysterious calamity strikes: spring doesn't come. The cycle of nature seems to be interrupted. When the annual bonfire celebrating the end of winter fails to burn, the seeds don't grow and the cows refuse to give milk, panic mounts and the bonds between neighbours start to break: who is responsible?