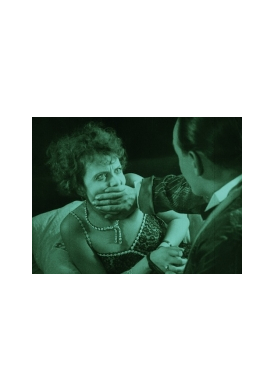 Using images “from the first four and a half decades of cinematography,” taken from 11 archives across the world, Gustav Deutsch has constructed a musical “film drama in five acts.” In detail, the editing of FILM IST. is again based on visual analogies, the external similarity of bodies, objects, movements and narratives. The film constructs its own amazing attractions from the juxtaposition of documentary, fictional, pornographic, scientific and propaganda images that are literally alien to their original purpose. In other words, they are images that do not necessarily belong together, though they create visual contexts.

Official Program - Film is a girl & a gun