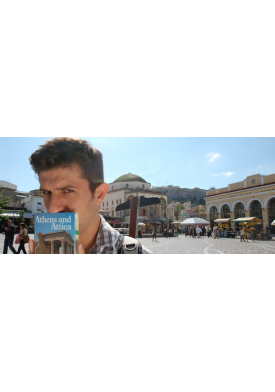 Iasonas is a tourist guide in Athens. One day, he meets his once (more than just a) best friend Mirsini. Trapped between a friend who progressively sees him less and less as a friend and a group of tourists that sees him less and less as a guide, Iasonas will have to give an answer to all his personal questions regarding his sexuality and his career.