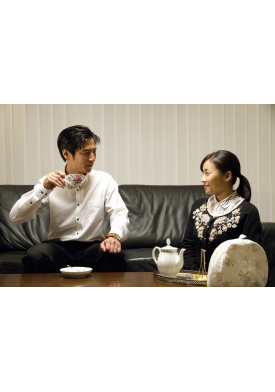 Izumi is married to a famous romantic novelist but their life seems just a simple repetition without romance. One day she decides to follow her desires and accepts to be a naked model that fakes sex in front of the camera. Soon she meets a mentor and starts selling her body to strangers but at home, she is still the wife she is supposed to be. A brutally murdered body is found in the love hotels district. The police tries to understand what happened.