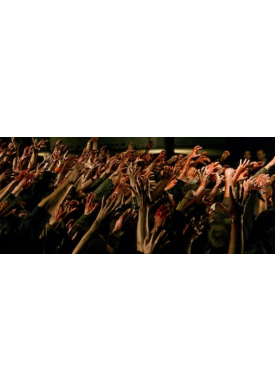 North of Paris. In order to avenge the murder of one of their own by a group of ruthless gangsters, four corrupt cops go on a rampage in a condemned building serving as the mobster's hideout. Now trapped, the officers are about to be executed when the unimaginable occurs: hordes of bloodthirsty, cannibalistic creatures invade the building, savagely attacking everyone. Unexpected alliances are made when their lives are threatened by the unthinkable.