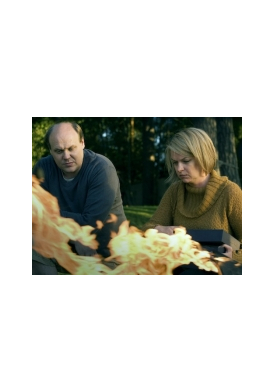 Family therapist Juhani Helin, 35, and business trainer Paula Helin, 34, decide to divorce in a civilized manner and move to separate houses after selling their house. But when Paula invites Marco, a one-night stand, to the house and Juhani takes revenge on Paula by hiring Nina, a prostitute, from Wolffi, his half-brother and pimp, to play his new girlfriend in order to force Paula to leave the house, the Pandora's box in their marriage flies open and releases the plagues of love and hate.