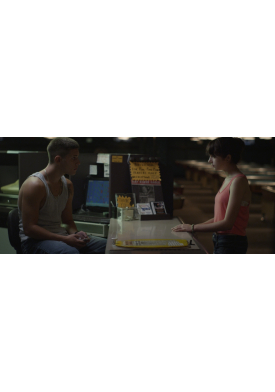 During an uneventful summer on the outskirts of Brooklyn, Lila, a lonely fourteen-year-old, turns her attentions to Sammy, an older thug she sees at Rockaway beach. Wanting something to brag about, she weaves a story about him and becomes fixated on seeing it realized. When her attempts fail, she propels the lie even further, claiming they’ve had sex. During her sexual quest, Lila turns from predator to prey.