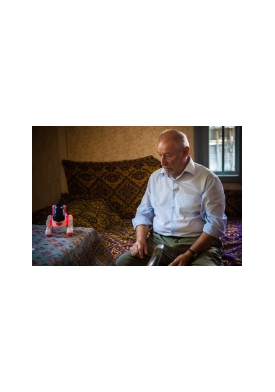 Elderly Costache Moldu has lost his wife, his house and everything he owned in a flood. The unexpected return of his son, Ticu, from Japan forces the father and the son to learn how to communicate, to become a family again. Costache becomes a real grandfather to his seven year-old grandson, while Ticu straightens mistakes from the past. A delicate film about family reconciliation.