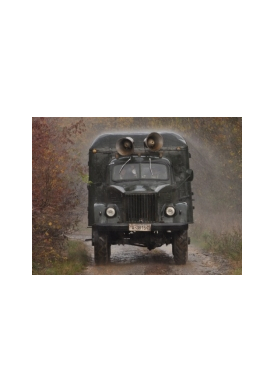 In an isolated village in Transylvania, at the beginning of the 60’s, the people live peacefully under the leadership of Tanasie, the local People’s Council’s President. A mobile cinema, run by a young and ambitious communist activist, Tavi, arrives with the express mission of making a propaganda film screening. It’s Tavi’s first assignment and he struggles to make a success of it. Except that the endless rain causes flooding, and the inertia of the villagers continually foils his plans...