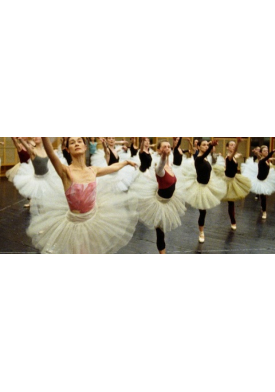 The Paris Opera Ballet is one of the world's great ballet companies. La Danse shows how a ballet company functions from administration, technical support, and classes, to the rehearsal and/or performance of seven ballets: Paquita by Pierre Lacotte, The Nutcracker by Rudolf Noureev, Genus by Wayne McGregor, Medea by Angelin Preljocaj, The House of Bernarda Alba by Mats Ek, Romeo and Juliet by Sasha Waltz and Orpheus and Eurydyce by Pina Bausch. The film is a profile of all aspects of the ballet company, one of France’s principal cultural institutions.