LAND OF THE LITTLE PEOPLE 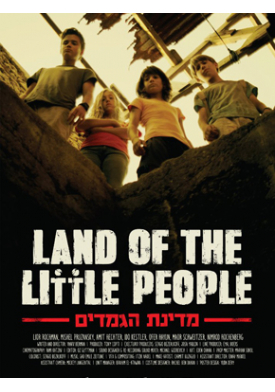 Four young kids who live in a village of military officers families form a small gang. An old abandoned army base turns into their camp. Another war begins in Israel, and most men are drafted to serve their country. The mothers are sitting worried in front of the TV sets, while the kids, with no one to supervise them, return to their camp in the wild. To their surprise, they discover two soldiers who deserted their units, using their camp as a hideout.