May God Save Us 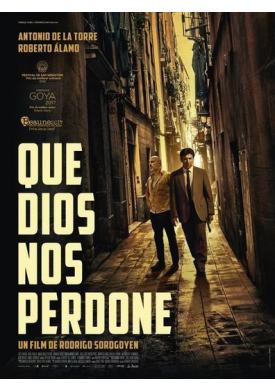 Madrid. 2011. One million and a half pilgrims are awaiting the visit of the Pope. The city is taken by the police in fear of an act of terrorism. Inspectors Velarde and Alfaro are suddenly confronted with some hideous crimes. Their orders are to solve the case as soon as possible and very quietly. But their actions may be not that different from those of the murderer.