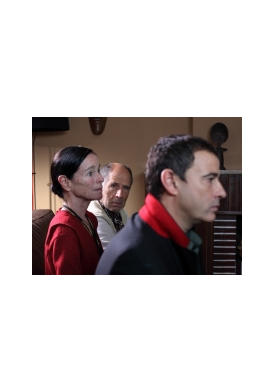 Maria suffers from Alzheimer's disease. Luis, Maria's fifteen-year-old grandson, doesn't say very much either; he shuts himself off in his own silent world to escape his parent's marital crisis, spending time instead picking up stray cats and dogs off the street. His father, Miguel, wants to put a stop to this eccentric behavior, but his protective mother Alice indulges him. Nevertheless, the animals begin to appear at home in increasing numbers, making life complicated for the family in their flat.