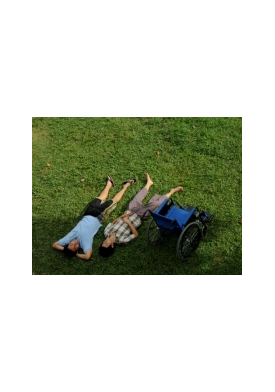 Mundane History records the life of Ake, a young man confined to his bed after an accident leaves him paralyzed from the waist down. Ake is being cared for by Pun, a male nurse who is hired by Thanin, the stoic patriarch of the family.
The main house in the family compound is a grand old edifice that has seen better days. The general house duties are attended to by a handful of servants who share a smaller separate house built into the same compound.
Utilizing the non-linear structure, the film focuses on the mundane, almost insignificant details of everyday life. But little by little, we begin to understand what secrets lie beneath the peaceful façade of the house...