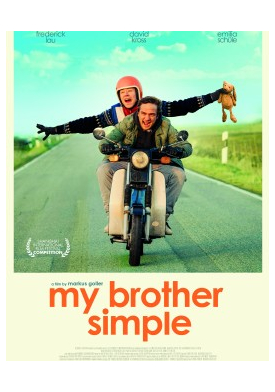 Ever since Ben can think, he and his brother they call “Simple” have been thick as thieves. Simple is 22 years old, but mentally he’s a three-year-old. Even if Simple can be a nuisance, Ben can’t imagine life without him. When their mother dies unexpectedly, Simple is supposed to be sent to a care home. But Ben won’t stand for it. They run away together, and after a crazy odyssey and a night spent outside under the stars, Ben realizes there’s only one way out: they have to find their Dad, whom they haven’t seen for 15 years...