My Father My Lord 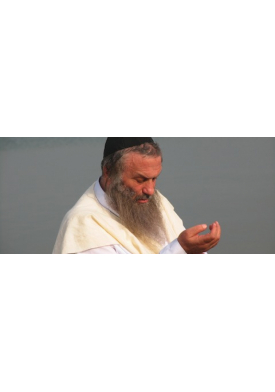 Anchored with his wife and son in the very orthodox Haredic community of Jerusalem, Rabbi Abraham devotes his life to the study of Torah and Jewish Law. His son Menahem is of an age where he absorbs the world around him as a place of wonder. He does not resist but follows listlessly as his father leads him along the straight and narrow path that must be pursued by men of faith. But Abraham’s guidance can count for only so much in the scheme of the universe. On a summer vacation to the Dead Sea, his faith is put to the test.

Official Program - My Father My Lord