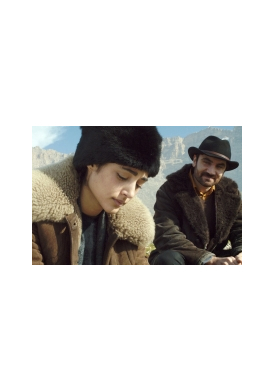 The story of Baran, a hero of the Kurdish war of independence, accepting to become chief of police in a small valley in Iraqi Kurdistan, on the border with Turkey and Iran. A lawless territory, at the heart of the Bermuda Triangle, a backcloth for trafficking in alcohol, drugs and medicine. He refuses to bow down to the rules of Aziz Aga, a corrupt tribal chief and ancestral master of the valley. The beautiful Govend arrives as a schoolteacher, despite the hostility of Aziz Aga, the inhabitants and Govend's twelve brothers. Together, Govend and Baran will challenge the power of Aziz Aga...

Awards
Award of the Youth - Cabourg 2013