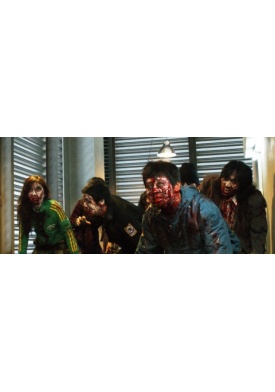 The Neighbor Zombie is comprised of six episodes centering on the theme of a zombie virus. This film is set in the aftermath of a zombie outbreak in Seoul, 2010. The government orders the execution of those that are infected. People who have infected family members or lovers try to defend them from the government policy. Eventually, a vaccine is developed, but the transition from zomebiehood to humanity, is stressful and difficult.