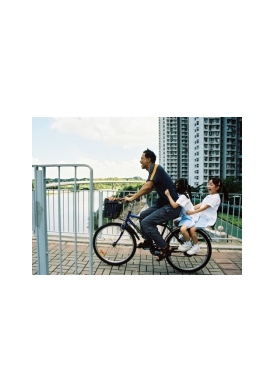 Ann Hui's darkly realistic Night and Fog starts at the end of the story: a man murders his wife and, based on statements by unreliable witnesses, the film goes on to investigate how things could have got this far and what kind of man was able to kill his family; questions that almost inevitably remain unanswered. Night and Fog, named after Nuit et brouillard (1955), Alain Resnais' documentary about concentration camps, looks at the difficult problem of domestic violence. An elderly man from Hong Kong takes a wife from outside the city and goes on to neglect and abuse the woman. Ann Hui's cool registering camera is juxtaposed with flashbacks within flashbacks and dream sequences, just as in her earlier film, Song of the Exile (1990).