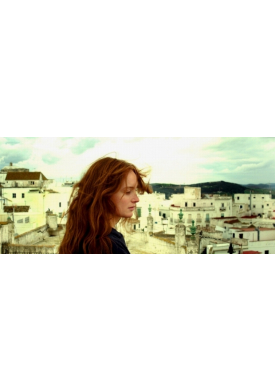 A young, rebellious Dutch woman walks the trails of Ireland, vagabond by choice, enjoying the solitude she was looking for in the austere landscape of Connemara. He is a man in his prime, living a solitary life in a secluded house on a beautiful island. She is radical and uncompromising. He is wise and ironic. What connects them is solitude they both see as freedom. He proposes her to work for him in exchange of food. She agrees at one condition: there will be no personal contact between them, just work. Soon the two of them become curious about each other. Who will be the first one to break their "nothing personal" deal?