OFFLINE - ARE YOU READY FOR THE NEXT LEVEL? 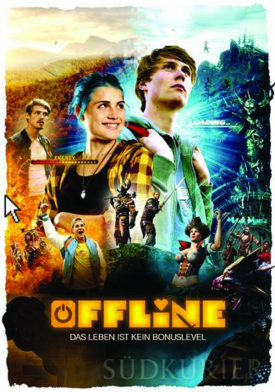 Most of the time, Jan isn't really Jan, he's brave warrior Fenris (Level 69), one of the best players in online game "Battle for Utgard". He's busy practicing for the upcoming online tournament, when he's suddenly ejected from the game, desperately realizing he's been hacked by another player, dark sorcerer Loki (Level 70). The biggest quest of his life begins - in the real world this time! He encounters a plethora of analogue obstacles on his journey to regain his digital identity, terrifying opponents, and even Karo, an actual girl!